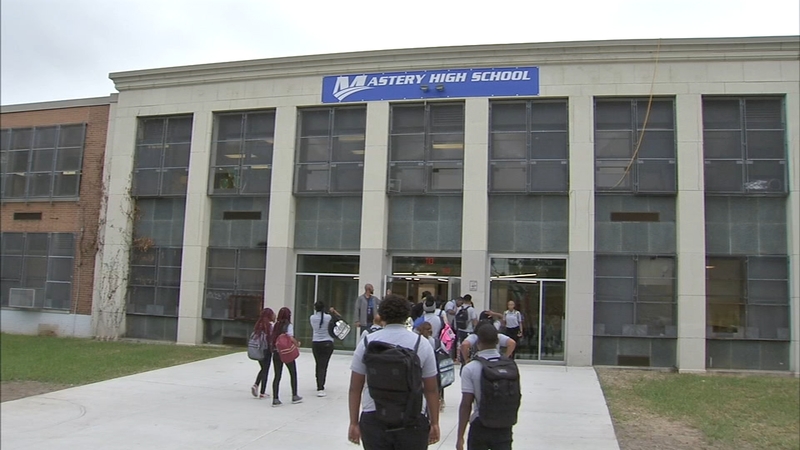 For the first time, the historic North Camden neighborhood has a high school of its own.

Though the district has 5 schools, as well as private and charter high schools, none were easily accessible to students in the North Camden community.

It's more than just the beginning of the school year for these students in North Camden, New Jersey, it's literally a new start. They are part of history and are the first students to attend High School in North Camden.

Until now, the area has never had a high school and students had to attend classes in other communities.

Principal, Dr. William Hayes said, "It means a great deal to me but I honestly think it means more to the families who advocated to get a school here. When I came in 2015, I was recruited to Mastery with an understanding that we would move into this neighborhood because parents advocated for high school to be here."

Principal Hayes says over the last year, Mastery Charter Schools, has renovated the former Pyne Poynt Middle School and transformed it into the new Mastery High School of Camden.

For him, this new chapter an opportunity for families in North Camden is exciting to watch, but he'll be the first to tell you, that it's the students who are overjoyed to have a place to call their own.

"The kids are just happy to be in their words in a real high school so we were on the second floor of West Camden Middle School for a long time and we did a great deal with that space and we had a great energy but here they feel like high school students. They feel like they are walking from class to class, lockers, gymnasium, auditorium, and all these things they have been waiting for," said Dr. Hayes.

The new school will house about 400 students, ninth through 11th grade and there are plans to add 12th-grade classes next school year.

Dr. Hayes said, "We want to fill the seams and offer what we have to the entire community, specifically being the high school in the North Camden area. We are very much involved in the community and making sure every student has the opportunity to learn here."

It's a new school year, a new place to learn and something new for Camden's oldest neighborhood.