WPVI
High school students at Hightstown High in New Jersey have accomplished something they say no other students have done.

They are the only high school that drafted a bill that eventually became a national law.

Their Honors Government and Politics teacher, Stuart Wexler, is beaming with pride.

"I would have put us at 10,000 to one. I mean, because I know the odds of a regular bill getting through just committee is one and 20 at best, and we have to go through committees in two different chambers," says Wexler.

They defied the odds and their bill passed in the House of Representatives and the Senate.

It requires that unsolved criminal civil rights cases be reviewed, declassified and any related government records be released.

Students are still pinching themselves about the victory.

"It is a pretty tumultuous time in D.C. We are seeing a lot of disagreement and polarization in the capital, and for something like this to still get through inspired by one of the most tumultuous times in American history is just incredible, it's a really big glimpse of hope in a dark time," says Jay Vaingankar, who was part of the Class of 2016.

The students drafted the law three years ago after learning about tragic stories of dozens of victims whose cases had been re-opened, but eventually closed without resolution.

For them, it's about justice and providing closure to the families.

"I would like to see the review board release the files as we had hoped for and see that these files released actually will help families get more information about why their loved one was killed, what the motive was and, if possible, who killed them and really allow those families to have closure," says James Ward, a senior at Hightstown High.

The students say they are thrilled by what they accomplished and they say they never thought an idea created inside their high school would make it all the way to Washington and eventually end up on the president's desk.

"We are not going to sit back and wait our turn, we are going to get started in our 20s and we are ready to play and this is just the beginning," says Vaingankar.

Senator Doug Jones from Alabama, an early supporter of the efforts by the students, invited them to the Senate Gallery as he introduced the bill back in July.

The students say their achievement sends a message to other schools and also government leaders.

The bill is now law, but the students and their teacher say their work is far from over.

"We understand that now we have passed a bill, it is all about implementation and execution. So we have to make sure that we hold members of Congress and the White House accountable to make sure they appoint members of this board, and they are actively releasing documents," Vaingankar says. 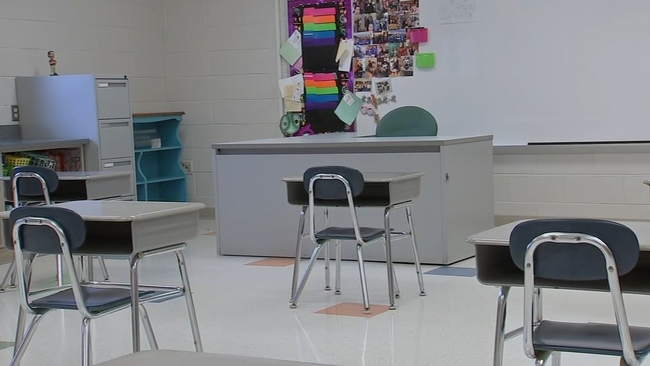