Police presence at school after teacher found with gun 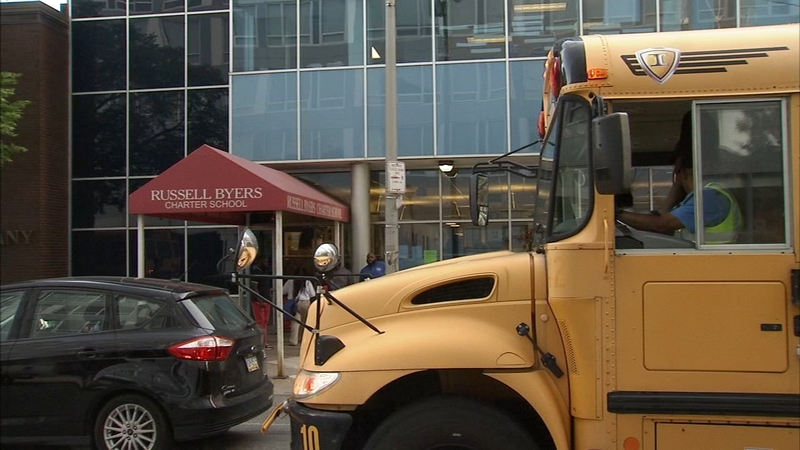 Teacher found with gun in school

CENTER CITY (WPVI) -- Two police officers stood at the entrance of Russell Byers' Charter School Thursday morning as parents dropped off their children a day after a teacher was found with a gun in his bag.

School officials told Action News that a student bumped into the teacher's bag in class and the firearm was revealed. It was not loaded and the teacher is a registered gun owner.

Upon learning of the gun, the school called police and they escorted the teacher off the premises without issue for questioning.

Parents were notified shortly after. Most were pleased with the way the school handled the issue.

"They handled it really nice and smooth; they made sure they notified all parents like they should," parent Brian Hall of Northeast Philadelphia said.

The school says the teacher was well-liked and has no criminal record. He started teaching at the touted charter school several months ago and is a veteran educator.

Principal Kareem Goodwin, who declined to go on camera, says the teacher had a lapse in judgement. But believes there was no ill intent.

Still, Principal Goodwin told Action News he would talk to students and answer any questions. He also ensured police were there this morning to put concerned parents at ease.

Some worried of retaliation from the teacher who has been suspended indefinitely.

"He will probably lose his job and in hindsight maybe he shouldn't have brought his gun," parent Margaret Peterkin of West Philadelphia said.

Peterkin, like many other parents we talked to, wants to give the teacher the benefit of the doubt, telling Action News she believes there may be more to the story.

"What can you do? Is this his personal weapon? Was he going to the gun range after work? It's so many questions," Peterkin said.

The teacher has been suspended indefinitely and a counselor talked to the student who saw the gun as well as his classmates.