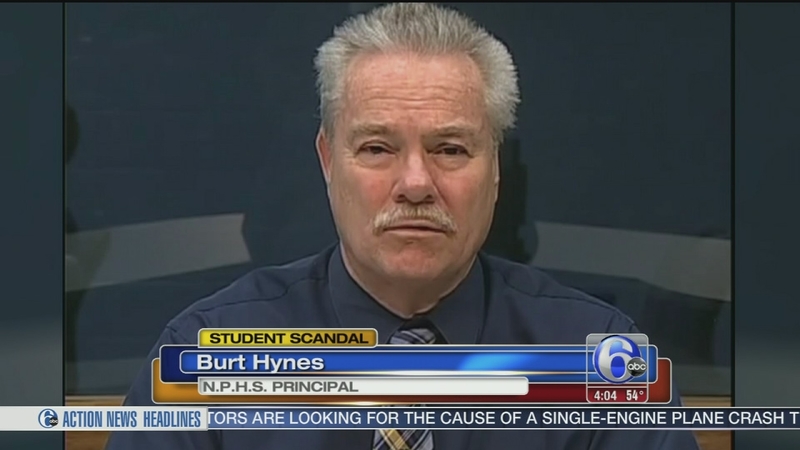 LANSDALE, Pa. (WPVI) -- The principal of North Penn High School in Montgomery County has issued a statement amid a nude photo scandal.

The scandal erupted after the district said boys at the high school were posting explicit images of their female classmates online.

North Penn's principal, Burton Hynes, issued the statement on Monday about the investigation.

"Investigations such as these take time to be completed and there won't be any instant answers to questions we may have," Hynes said.

Students told Action News it originated as a group chat where boys would trade photos, saying they posted photos of their female high school classmates on multiple Dropbox accounts.

Dropbox is an app that allows you to share files with other users.

Some students planned to walk out of school in protest late Monday morning. Only a few students actually walked out, while others apparently bypassed it for fear of punishment.

"I just feel they don't want the consequences, 'Oh, we'll get ISS or we'll get Saturday school for this.' Who cares what we get, we are standing up for what we believe in. This is wrong," said student Bryce Hoagey.

"A lot of girls just feel humiliated and vulnerable and their privacy was broken," said another student.

So far no one has been charged, but Montgomery County D.A. Risa Vetri Ferman said an investigation is underway.

"The consequences to them are potentially very severe. These are felony offenses we're talking about, sharing child pornography, sharing sexually explicit photos of minors," Ferman said.