Spanish-immersion preschool strives to prepare children for a multilingual world 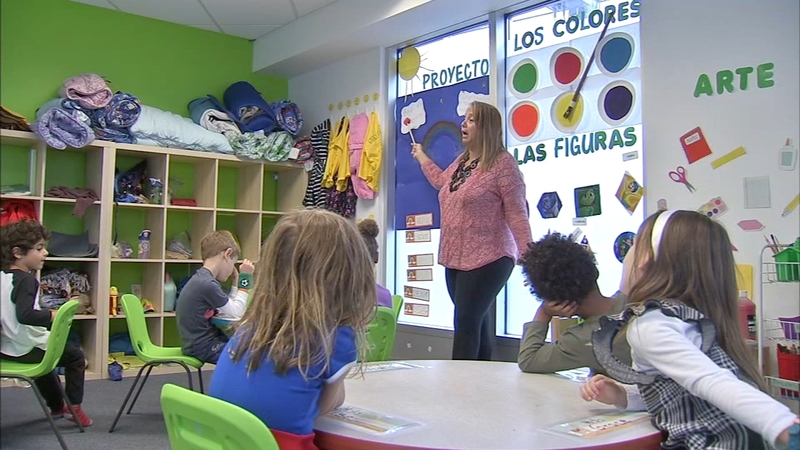 PHILADELPHIA (WPVI) -- In an increasingly global world, one woman is on a mission to cure Monolingualism one child at a time.

You could call it the school of the future and with good reason.

Children at Mi Casita preschool in Fairmount are taught using project-based learning entirely in Spanish by native speakers, preparing them for a world that is increasingly multilingual.

The interest from parents has been so high, Peters is now opening her third school in just two years. Located on the mainline, it's opening in early 2020.

"My vision five years from now would be to have thousands of students going into kindergarten being bilingual, which means that they can speak English and Spanish and can also read both English and Spanish," said Peters. "The demand has been insane."

Kate Clark is fluent in Spanish and wanted her daughter, Violet, to have the same skill. It's only been a month and the five year old is already teaching her new words.

"Since she's been here the change has been absolutely incredible," said Clark.

Beth Dyson and her husband are American but spent some years in Spain where their child was born.

"We were seeing him emerging as a multilingual child and we wanted to continue that gift for him," said Dyson.

Then there are parents like Mustafa Rasheed whose wife is Nicaraguan. They wanted their two boys to have a real connection to that culture.

"It says a lot about America. We live in a diverse society," said Rasheed. "Learning two languages expands your mind."