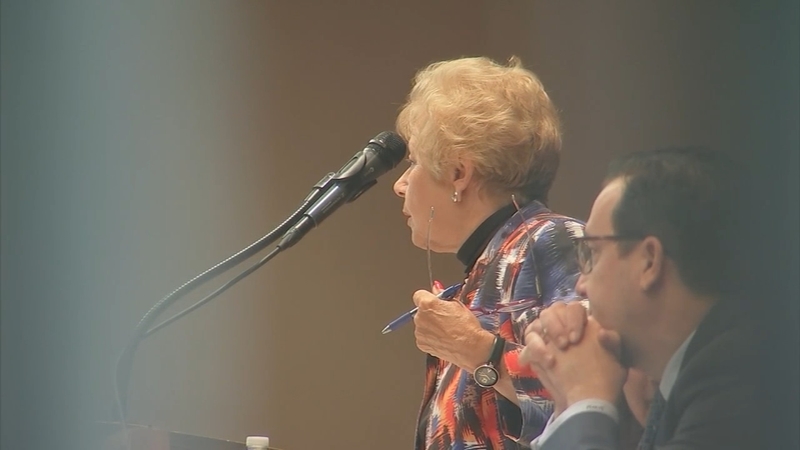 With the looming start of the school year, and the possibility of a teacher strike, the clock was ticking to reach an agreement.

The vote means classes will start as scheduled on Wednesday.

"The medical with no increase in premium or co-pays or deductibles is excellent," said Rita Schwartz of the Association of Catholic Teachers. "The money could have better. It's $1,200 and $1,200 for the two years."

But what sparked a two hour long at times emotional debate a surprise change in teacher evaluations.

"They feel as though they are being disenfranchised," said Schwartz.

Traditionally, evaluations were a shared process between administrators and department heads, who are union members.

Under the new plan, department heads would be largely squeezed out, says the union.

"The system insists they don't want the department head, who is

Some teachers privately worried they could be targeted for political reasons.

"It's probably the closest vote we ever had," said Schwartz.

As the teachers left, several called it a bad contract but declined to talk openly about it. One said she didn't want to get in trouble by speaking out.

The chief negotiator for the archdiocese told Action News that the change is driven by the desire to free up department heads to they can do more mentoring and coaching roles.

The previous contract expired last week, and both sides were negotiating throughout the Labor Day weekend.

Back in 2011 halted talks resulted in a strike, and since then teachers had worked on one-year contracts.