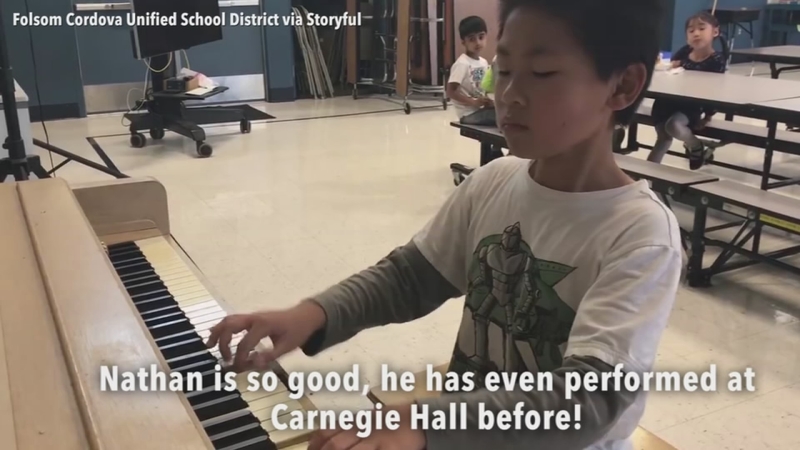 The fifth grader at Theodore Judah Elementary in Folsom, California spends his time during recess playing piano to first graders. He believes that adding music to their day "would be great for them."

Zhang is so talented at playing the piano, he has even played at Carnegie Hall in New York City after winning an online contest.

The 10-year-old has gained viral fame after a video of him playing the piano was shared to Facebook on October 17.

The video has been viewed over 39,000 times since being posted.