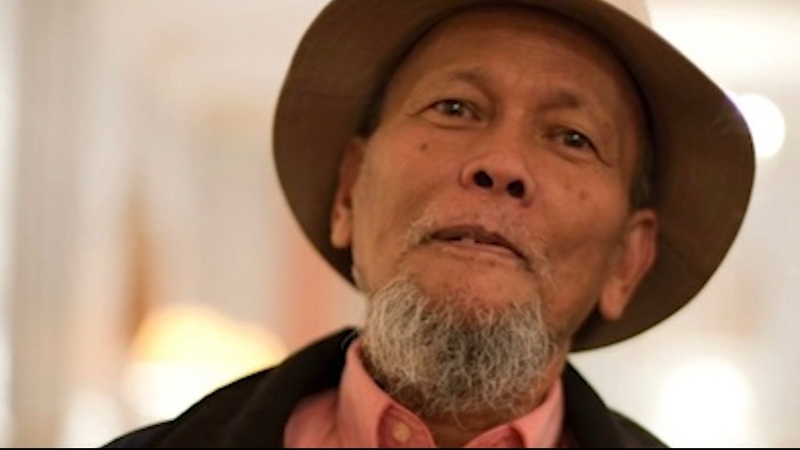 PHILADELPHIA (WPVI) -- A violent home invasion investigation in Philadelphia has now turned into a murder case.

Police say 83-year-old Mauricio Gesmundo was found bound and gagged on the living room floor when his daughter and son-in-law came home.

"He was bound and gagged. He did receive what appeared to be several strikes from either a fist or a blunt object," said Lieutenant Robert Brockenbrough with the Philadelphia Police Department earlier this month. "That could have been my parent, and I would want something done."

Police said someone or some people got away with at least one black safe filled with approximately $30,000 to $50,000.

Gesmundo says the money belonged to his sister and brother-in-law who do business on eBay and had taken out a loan to open their own business.

Police aren't sure if the man was targeted, but they didn't see any signs of forced entry.

GRUESOME ATTACK: Philly police are searching for the suspect who brutally attacked an elderly man during a home invasion on New Year's Eve.

"He was not expecting anyone because it was New Year's Eve and the whole family, the rest of my family, went to our other sister's house for New Year's Eve that night. Ninety-nine-point-nine percent of the time my father does not open the door unless he knows that person," said Gesmundo.

Police are offering a $20,000 reward for information leading to the arrest and conviction of the person or persons responsible.