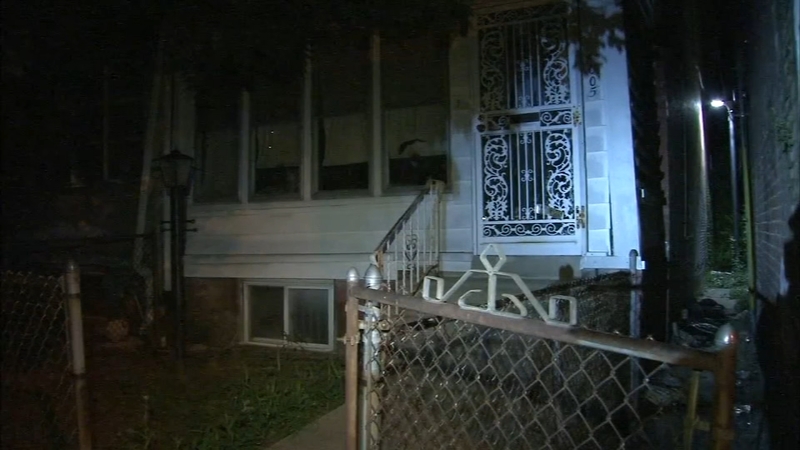 WEST PHILADELPHIA (WPVI) -- Police say an elderly woman was the victim of a home invasion and an attempted sexual assault in West Philadelphia.

Police say the 82-year-old woman was home by herself in her upstairs bedroom when she heard some noise.

Police say that's when two males, both with towels over their heads, came up the stairs to her room.

They took a keyboard, which they put in a black trash bag. They also stole $160 cash and her cell phone.

At one point, police say they inappropriately touched the woman. She asked them to stop and they did.

"She's shaken up, we're just trying to give her the comfort she needs, the time she needs," Philadelphia Police Lt. John Walker said.

Police are trying to find out more details about the suspects. They describe the first suspect as a short, heavy black man with a dark complexion and the second as a slim black man.

"She appears to live here alone but also appears she has been in this neighborhood for some time so I'm sure people know who she is. We aren't quite sure if the people knew her or didn't know her, but seems like they were heading into the house for specific items and taking those items they wanted," Walker said.

About 30 minutes prior to the incident, police say the fire department was called to the home for a small fire that was lit in the back of the woman's property.

Police think the two suspects might have started the fire, either as a diversion or to try to get through the back door.

Authorities are searching for surveillance footage to see if there is any that could help in this case.
------
Send a News Tip to Action News
Learn More About 6abc Apps
Report a correction or typo
Related topics:
pennsylvania newscrimehome invasionphilly newsphiladelphia police
Copyright © 2021 WPVI-TV. All Rights Reserved.
More Videos
From CNN Newsource affiliates
TOP STORIES