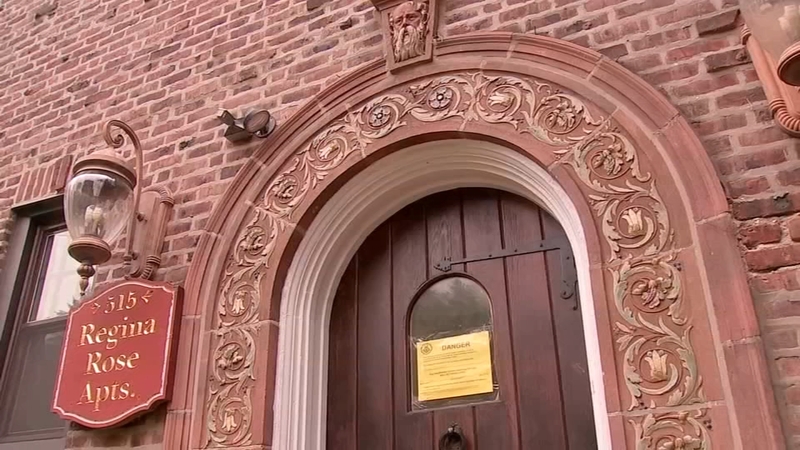 Montco residents evacuate apartment over fears it could collapse

ELKINS PARK, Pennsylvania (WPVI) -- A group of Montgomery County residents was forced to leave their apartments at a moment's notice after fears that their building could collapse.

Tenants who live in the Regina Rose Apartments on Stahr Road in Elkins Park were only allowed back in briefly to gather some belongings.

The building has been deemed unsafe to live in.

"They found major structural damage and, according to the landlord, we are all just making too much of it because of Miami," said Rose Meyers.

RELATED: 2 more bodies pulled from collapsed condominium building in the Miami area, bringing the toll to 22

Fire Marshal Scott Lynch said the township became aware of damage to the building on June 25 after crews responded to a gas leak.

"Some of the floor joints were not pocketed properly in the eye-beam and we felt they were in imminent danger of that floor collapsing and not being able to sustain the weight above it," said Lynch.

Temporary shoring has now been installed in the basement, but Lynch says if the damage had gone unnoticed, the building could have caved in.

"It is possible, there was imminent danger of collapse, at least the one side of the basement where the flooring was. If that had happened, it would have been just a domino effect and it could have been catastrophic," he said.

Action News was not able to reach the landlord but the township said it has been in touch with him and they say he is not cooperating. Until he makes the necessary repairs, the tenants will have to find other places to stay and the apartment building is off-limits.

Tenants are now upset, disappointed and say they have no confidence in the landlord.

Some are hoping repairs will be made soon so they can move back in, but others say once they get their belongings, they are never coming back.

"This is unbelievable. No, we are out of here. He will not profit another dime from me," said Lisa Cyrus.