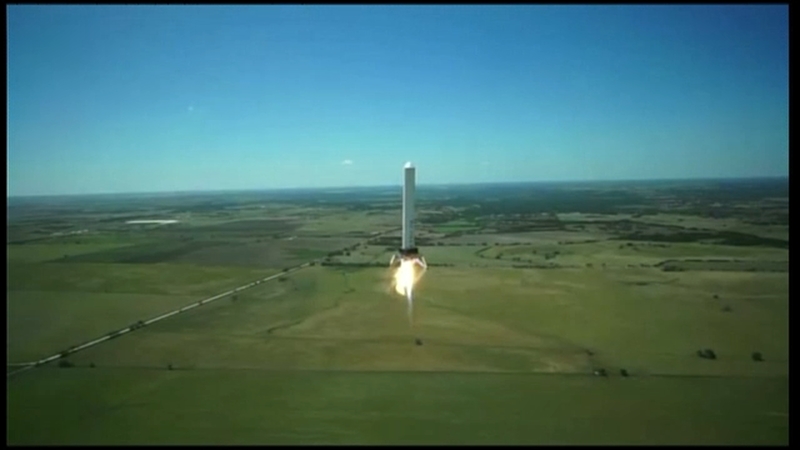 CAMERON COUNTY, Texas -- Elon Musk has unveiled a SpaceX spacecraft that will take people to the moon or Mars.

Musk, SpaceX's CEO, made the announcement Saturday from a launch facility in Texas, while he stood next to the spacecraft.

The so-called "Starship" is expected to take off for the first time in the next month or two. It will reach 65,000 feet before landing back on Earth.

The company said on Twitter that the spacecraft will carry up to 100 people "on long-duration, interplanetary flights."

Ultimately, Starship will carry as many as 100 people on long-duration, interplanetary flights pic.twitter.com/mDujtYeLwV

Musk said it's important to take steps to extend consciousness beyond our planet.

Musk said Saturday's announcement came on the 11th anniversary of a SpaceX rocket reaching orbit for the first time.

On Friday, NASA, which has contracts with the company, tweeted it was time for SpaceX to deliver.