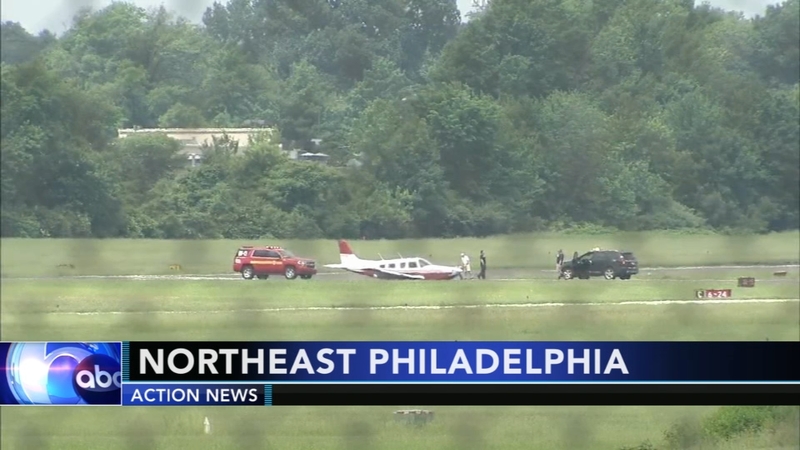 PHILADELPHIA (WPVI) -- The pilot of a small plane walked away unharmed after a making an emergency landing at the Northeast Philadelphia Airport.

The pilot radioed the control tower that the landing gear on his Piper Saratoga had failed and that he would be bringing the plane down belly-first.

The landing was successful. No one was injured.

The airport was shut down for several hours as crews worked to remove the damaged aircraft from the runway.