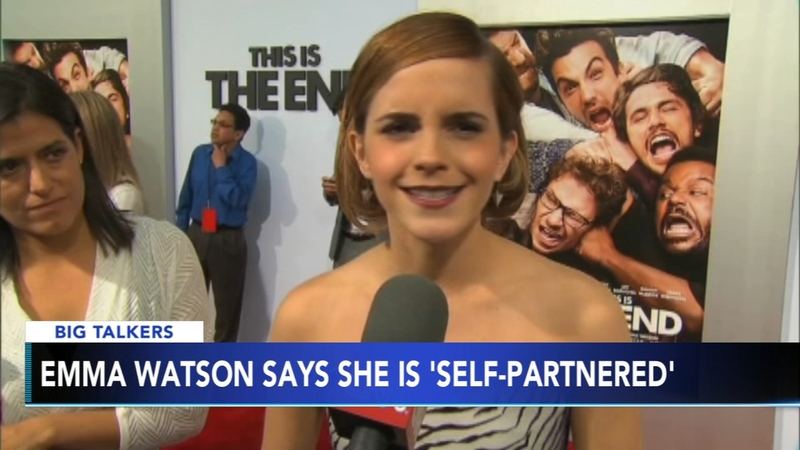 Emma Watson has said she prefers to call herself "self-partnered" rather than single as she approaches her 30th birthday.