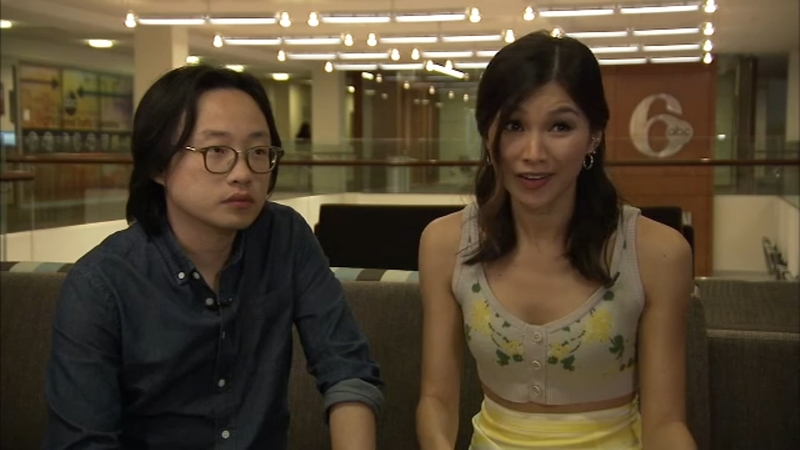 PHILADELPHIA (WPVI) -- The new film, "Crazy Rich Asians", opened in theaters Thursday to rave reviews and is expected to make $60 million dollars this weekend at the box office.

Some of the stars came to visit us here in the 6abc studios to talk about the groundbreaking film that is also making cinematic history.

For the first time in 25 years - since 1993's "The Joy Luck Club" - a major studio production is featuring an all-Asian cast.

In "Crazy Rich Asians," Rachel - played by actress Constance Wu from ABC's hit comedy "Fresh Off the Boat" - meets her longtime boyfriend Nick's family for the very first time. It's not until they get to Singapore that she finds out they're extremely wealthy and Nick is one of the country'smost eligible bachelors.

Kevin Kwan is the author of the best selling book that's quickly become one of the most buzzed about films of the year. He is also one of the film's Executive Producers.

"It is beyond my dreams that this movie is happening and I am so glad its bringing more joy to the world at a time where we really need it," he tells Action News.

Kwan says you don't have to be crazy or rich or Asian to associate with the family dynamics and the classism that often comes with wealth.

The cast calls this is a powerful moment for their culture.

"For the longest time, Asians in the media and mainstream Hollywood have been miscast or typecast or ignored. It's frankly the truth. What's so great about our film is you see how much diversity there is within Asian culture," said actress Gemma Chan, who plays Astrid Young Teo.

"We hope to make more movies as Asians and minorities going foward, but also it should be encouraging in general for authentic storytelling without any watering down of anything," said Jimmy O. Yang, who plays Bernard Tai.

They told us, this is not just a film - it's a movement.