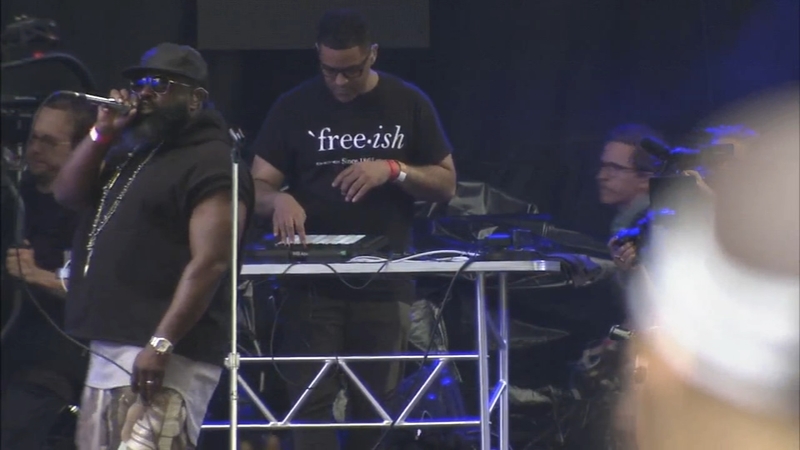 The Roots Picnic at Penn's Landing

PENN'S LANDING (WPVI) -- The Roots were back home in Philadelphia this weekend to host their 11th annual Picnic, but had to stop the show due to lightning.

The Grammy Award winning group brought plenty of friends with them to Festival Pier at Penn's Landing Saturday night.

This year's picnic hosted by Dave Chappelle consisted of five stages, including two for live podcasts and panel discussions.

Rain impacted the party, forcing festival organizers to put tarps over the instruments and sweep water from the stage.

And when lightning was spotted in the area, The Roots were forced to end the show abruptly.

The Roots' Questlove tweeted, "Philly: this is a hazard. Of course I can play in any situation but lives are on the line and it's a hazard. If someone were to get electrocuted or worse --I can't have that on my head man."

In another tweet, he apologized for the show ending early, saying "Sorry y'all. I'd like to think myself as a renegade rebel, but lightning says nope."

Due to dangerous weather, we were forced to end the show. Please seek shelter for your safety.