42 hurt when railing collapses at concert in Camden

WPVI
CAMDEN, N.J. (WPVI) -- A concert at BB&T Pavilion in Camden, New Jersey went on as scheduled Saturday night, one day after a railing collapsed at a show, leaving 42 people injured. 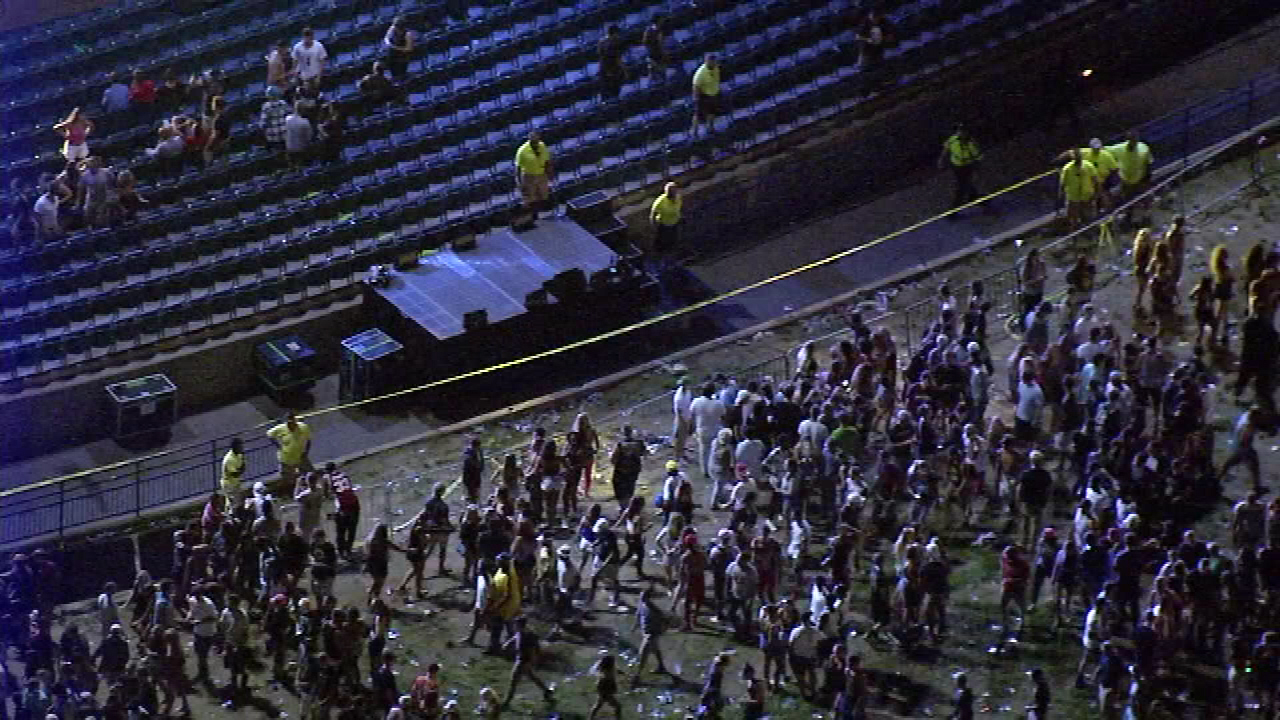 PHOTOS: Dozens hurt at Camden concert
At least 42 people were taken to area hospitals after a surging crowd caused a railing to collapse at a concert headlined by rappers Snoop Dogg and Wiz Khalifa in Camden, New Jersey.

A partition separating the lawn from a secondary stage, set up at the rear of the seating section, collapsed around 10:30 p.m. Friday during the Snoop Dogg and Wiz Khalifa concert.

People fell six to eight feet onto the concrete below.

The collapse occurred as the rappers were gesturing to fans to come toward the small stage, officials said. As people rushed toward the railing, it collapsed.

Cell phone video recorded during the concert and posted to the Action News Facebook page captured the moment the crowd surge happened.

"Everyone started running towards him, as, like, fans and stuff would do," said Aubrey Bernanti of Lumberton, N.J.

"Everyone all of a sudden started pushing," said Abbey Hecht of Lower Merion, Pa. "And the gate broke. And all of a sudden I fell like six or seven feet. And I luckily fell on top of someone so I didn't hit the concrete. But there were, like, maybe four or five people on top of me and it was so hard to breathe. I couldn't move. I literally thought I was dying. It was so scary."
The injured were taken to five different hospitals, including Cooper University Hospital, Our Lady of Lourdes Medical Center and Virtua Hospital in Camden, and Inspira Medical Center and Kennedy University Hospital in Cherry Hill.

Several people were injured after a partial fence collapse at a concert headlined by rappers Snoop Dogg and Wiz Khalifa in Camden, New Jersey.

Live Nation, which operates the venue, announced Saturday that it had "secured" the impacted section of railing. The company also said in a statement that it was working with authorities and structural engineers to determine the cause of the collapse.

One fan suffered a serious upper body injury and was hospitalized overnight, Camden County spokesman Dan Keashen said. That person, whose name was not disclosed, was released on Saturday morning.

Forty-one other people were treated for bruises and other minor injuries, though some had broken bones. Some Live Nation employees were among the injured, the company said.

Concertgoer Katie Colbridge said the show, which was about halfway finished, stopped abruptly when the accident happened. The performers were ushered from the stage moments after the collapse, and the show was later canceled.

An announcer urged the audience to remain calm as police and medics tended to the injured.

Camden city spokesman Vincent Basara said city fire crews and inspectors responded to the scene and were there Saturday morning. They were working to stabilize the railing where the collapse occurred and determine what repairs would be needed. 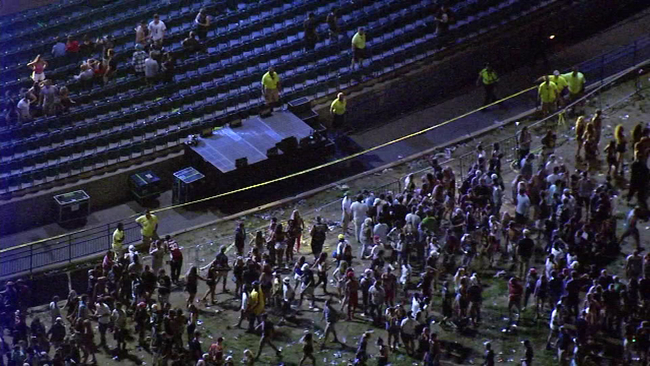