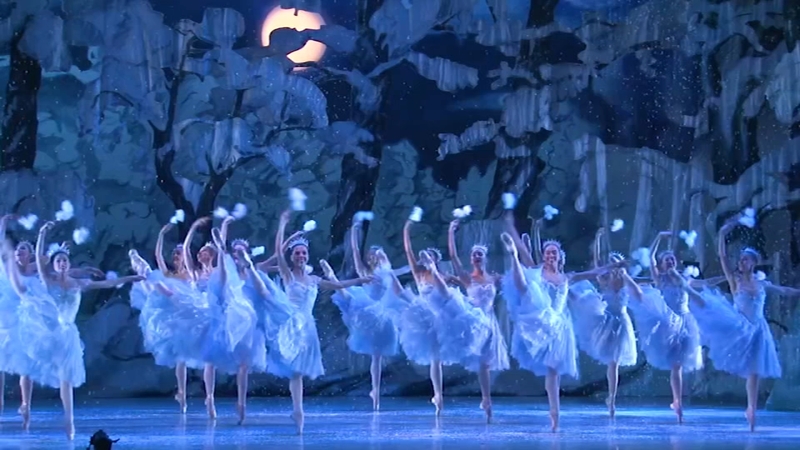 For many families, a visit to the Academy of Music to see The Nutcracker is a holiday tradition, and this is the 50th year the Pennsylvania Ballet has put on the show.

"This version is very magical, whether you're dancing in it or watching it," promises Lillian DiPiazza, a.k.a. the Sugar Plum Fairy.

The Pennsylvania Ballet is putting on 28 performances of George Balanchine's beloved The Nutcracker, this holiday season.

"You know its probably more famous than every other ballet especially in America," says Sterling Baca, Principal Dancer in the show.

It is as much a tradition for the dancers as it is for audiences.

"We use pretty much the full company for every show," DiPiazza says, "and there's so many grand scenes."

"The waltz of the flowers is one of my favorite choreographies from Mr. Balanchine," Baca says. "He's a real genius at working with groups."

It's set to that iconic Tchaikovsky score.

"When you hear the live orchestra, it's so much more exciting," DiPiazza says.

The story of young Marie takes audiences from a festive family party to a battle between The Nutcracker and the Mouse King.

"Its very exciting, lots of turns and jumps," Baca says.

With a journey through the Land of Sweets with the Sugar Plum Fairy.

"She kind of brings them into her world and puts them on a little throne," DiPiazza explains.

The show has thrilled audiences in Philadelphia for 50 holiday seasons now.

"It's a way to bring people together," Baca says. "It's not a ballet that's too deep and scary and it's not too silly."

"There's certain things you can't describe with words and in The Nutcracker, everybody can kind of get into it," DiPiazza adds. "Every year it maintains that magic."