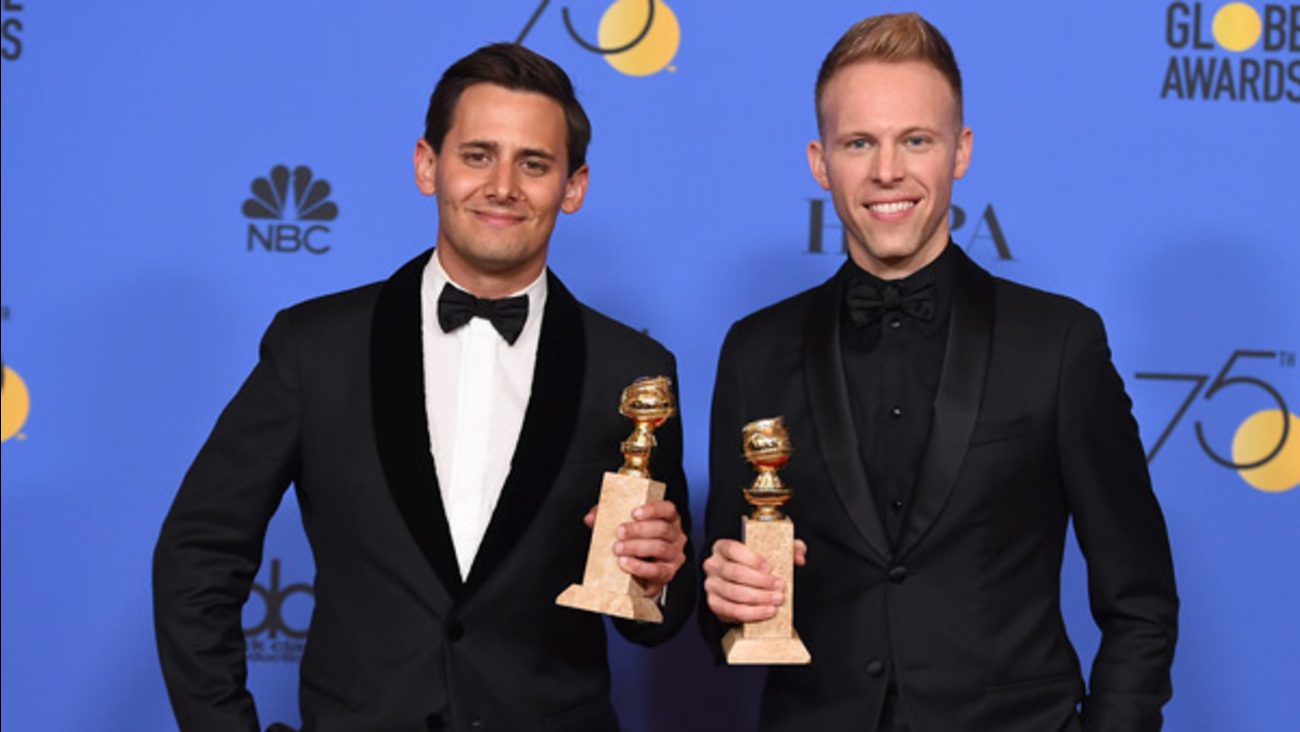 Benj Pasek, left, and Justin Paul pose in the press room with the award for best original song - motion picture for "This Is Me" from "The Greatest Showman." (Photo by Jordan Strauss/Invision/AP)

"The Greatest Showman" song is the work of Oscar-winning duo Ardmore native Benj Pasek, a graduate of Friends Central, and Justin Paul. The duo won an Academy Award for their song "City of Stars" in "La La Land." The "Showman" tune appears in the musical starring Hugh Jackman about the life of P.T. Barnum.

It beat out songs created by stars such as Mary J. Blige and Mariah Carey, who was onstage at the Globes moments before the best song award was announced.

Carey, who was nominated for her song "The Star," helped announce the winner of the best original score honor, which went to Alexandre Desplat for "The Shape of Water."
------
Send a breaking news alert to Action News 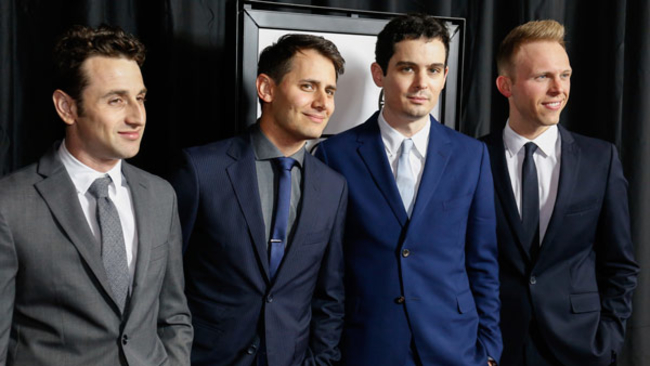 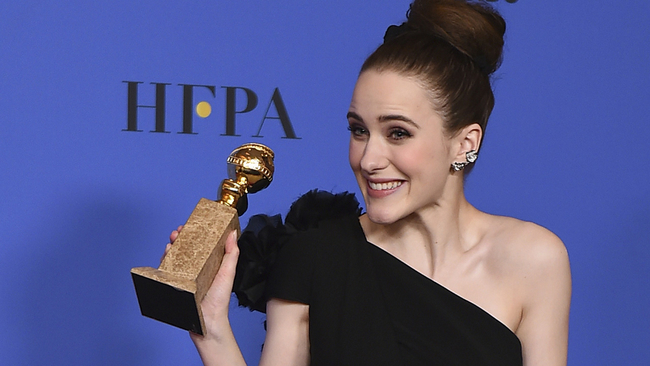