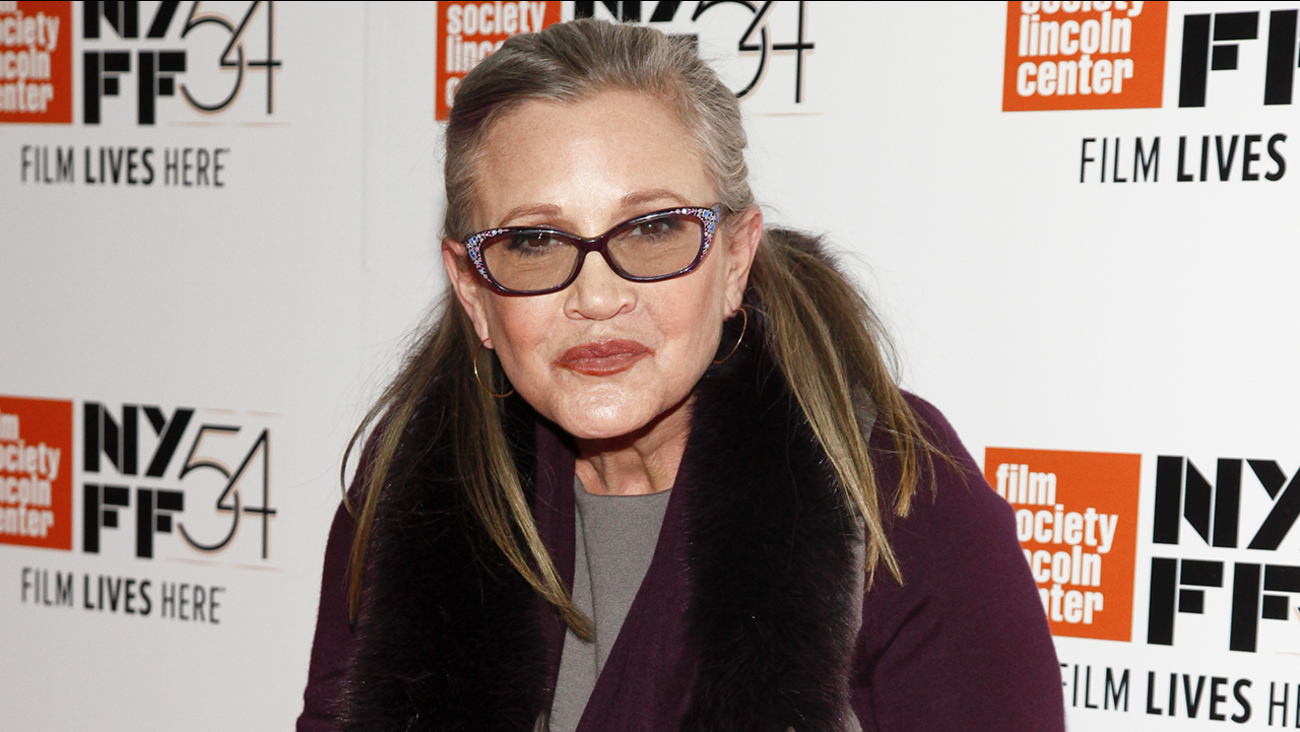 AP
By SANDY COHEN
LOS ANGELES -- Tributes and well-wishes poured in for "Star Wars" actress Carrie Fisher, who was spending Christmas Eve in a Los Angeles hospital after suffering a medical emergency on a flight the day before.

"Princess Leia can survive anything!" wrote one fan on Twitter. "Hold on, Carrie Fisher. We're taking you into 2017 with us," wrote another. Her "Star Wars" co-star Mark Hamill said he was "sending all our love."

Todd Fisher, the actress' brother, said Friday night that his sister is receiving excellent care, but that he could not classify her condition. He had earlier told The Associated Press that she had been stabilized and was out of the emergency room. In a subsequent interview he said many details about her condition or what caused the medical emergency are unknown.

Fans on Twitter hoped she would pull through. One wrote: "Carrie Fisher survived alcoholism, addiction, depression, bipolar disorder & 60 years in Hollywood. If anyone can survive 2016, it's her." The actress' former co-star Peter Mayhew, who played "Star Wars" character Chewbacca, called her "everyone's favorite princess right now."

Fisher, 60, experienced medical trouble during a Friday flight from London and was treated by paramedics immediately after the plane landed in Los Angeles, according to reports citing unnamed sources.

Todd Fisher said much of what had been reported about the incident was speculation.

"We have to wait and be patient," he said. "We have so little information ourselves."

Fisher's publicists and representatives for her mother, Debbie Reynolds, and her daughter, Billie Lourd, did not return calls from the AP.

Los Angeles Fire Department spokesman Erik Scott said paramedics administered advanced life-saving care to a patient at Los Angeles International Airport on Friday and transported the person to a nearby hospital. He did not identify the patient.

A large gathering of media personnel was camped outside Ronald Reagan UCLA Medical Center in Los Angeles hospital, where TMZ and the Los Angeles Times reported she had been taken.

Fisher is considered by many to be a member of Hollywood royalty - her parents are Reynolds and the late singer Eddie Fisher.

Catapulted to stardom as Princess Leia in 1977's "Star Wars," Carrie Fisher reprised the role as the leader of a galactic rebellion in three sequels, including last year's "Star Wars: The Force Awakens."

The author and actress may be best known for her portrayal of Leia, but she is also an accomplished writer known for no-holds-barred accounts of her struggles with addiction and mental illness.

Most recently, Fisher has been promoting her latest book, "The Princess Diarist," in which she reveals that she and co-star Harrison Ford had an affair on the set of "Star Wars."
Related topics:
arts & entertainmententertainmentheart attacku.s. & worldstar wars
Copyright © 2020 by The Associated Press. All Rights Reserved.
RELATED 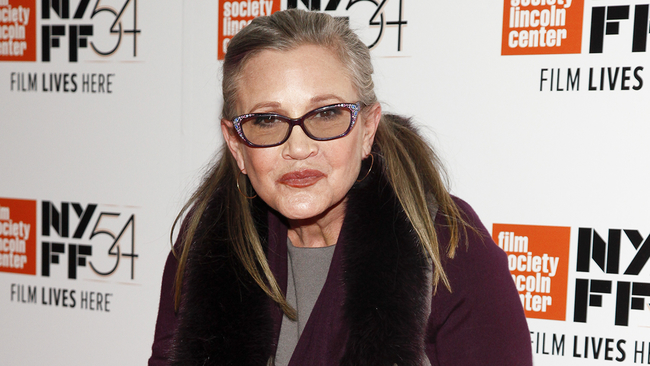