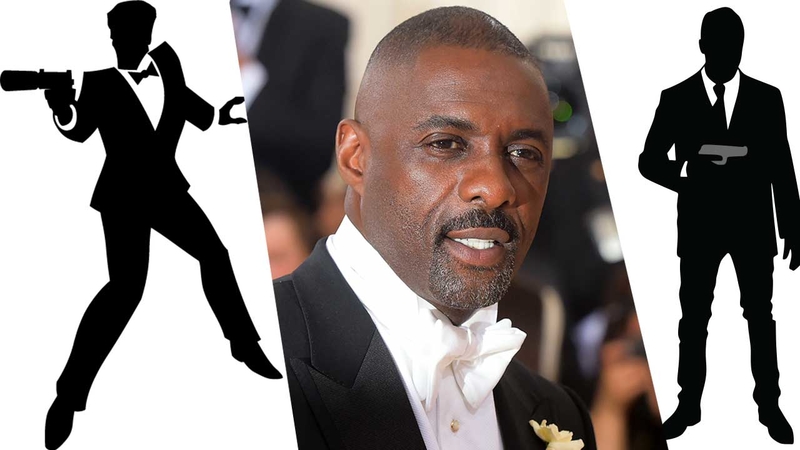 Could Idris Elba be the next James Bond?

Elba, Idris Elba. If fans have their way, Elba would be the next actor to be cast as James Bond and the first black man to take the role.

Rumors have been swirling for years that the 45-year-old actor could be a favorite for the role. But after a report in a British celebrity gossip newspaper that the producer was considering it, fans are once again petitioning filmmakers on social media.

PRODUCERS: Slow down. Casting is much more complex than you think.

FANS: Ok. Who do you suggest?

Daniel Craig, 50, has starred in four Bond films since 2006. He's scheduled to take one more turn as the iconic character in a Bond film expected out next year.

After that, producer Barbara Broccoli said "it is time" to cast a minority James Bond, according the Daily Star, who spoke to a friend of hers. Director Antoine Fuqua said Broccoli told him that she's sure there will be a minority actor cast in the role at some point in the future, Fuqua reportedly told the magazine. Fuqua, a director known for films like The Magnificent Seven, said he could see the Golden Globe-winning star of Luther taking up the role.

"Idris could do it if he was in shape," the director told The Daily Star. "You need a guy with physically strong presence. Idris has that."

The report sent fans into a frenzy again, with many agreeing Elba would be perfect.

I don't get how anyone can doubt this. Idris Elba's sophisticated swagger is like an objective truth of the universe. https://t.co/Nv6CCfqzSB

You know what would be awesome? If all the hype about @idriselba being the next #JamesBond wasn’t because “they need a black Bond” but because he’s a fantastic actor who would be truly kickass in the role. #007Bond

If you watched Luther, you know Idris Elba would crush as Bond. If you didn’t watch Luther... what are you doing with your life?