Harry Styles gotta have a Wawa: Pop star stops in Delaware store for a hoagie

WPVI
By Brock Koller
BEAR, Delaware (WPVI) -- It's not every day pop star Harry Styles walks into your neighborhood Wawa, but that's exactly what happened for a select few in Bear, Delaware.

Natali Maldonado tells Action News she was in the midst of her shift at the Wawa on Pulaski Highway around 4:30 p.m. Tuesday when she noticed a man who looked somewhat familiar.

"Wow," she thought to herself, "that guy's hair looks just like Harry."

The man, who was with security and friends, then turned a bit and she saw his profile.

Then the man turned around and she had no doubt it was Styles. She said she was the only one who realized it. 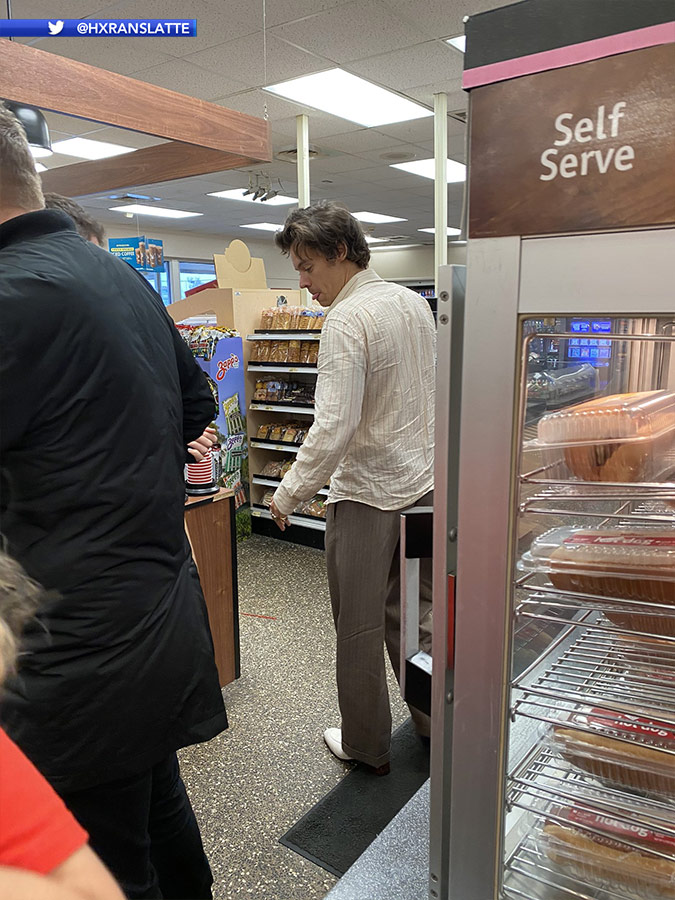 The Wawa Customer Service Associate, who moved to Delaware 12 years ago from Puerto Rico, has been a fan of Styles since his One Direction days.

"I started freaking out and crying because he's my idol," Maldonado said.

So what does an American Music Award winner order at Wawa? A turkey hoagie, omelet burrito, and a tuna salad sandwich.

Harry Styles stopped into a Wawa in Bear, Delaware.

Maldonado said Styles didn't explain why he stopped at this particular Wawa - he gotta have a Wawa, we suppose - but she was glad he did.

"I've been a fan of him, and One Direction, since late 2011/early 2012 because of his angelic voice and how sweet and kind a human being he is," Maldonado said. 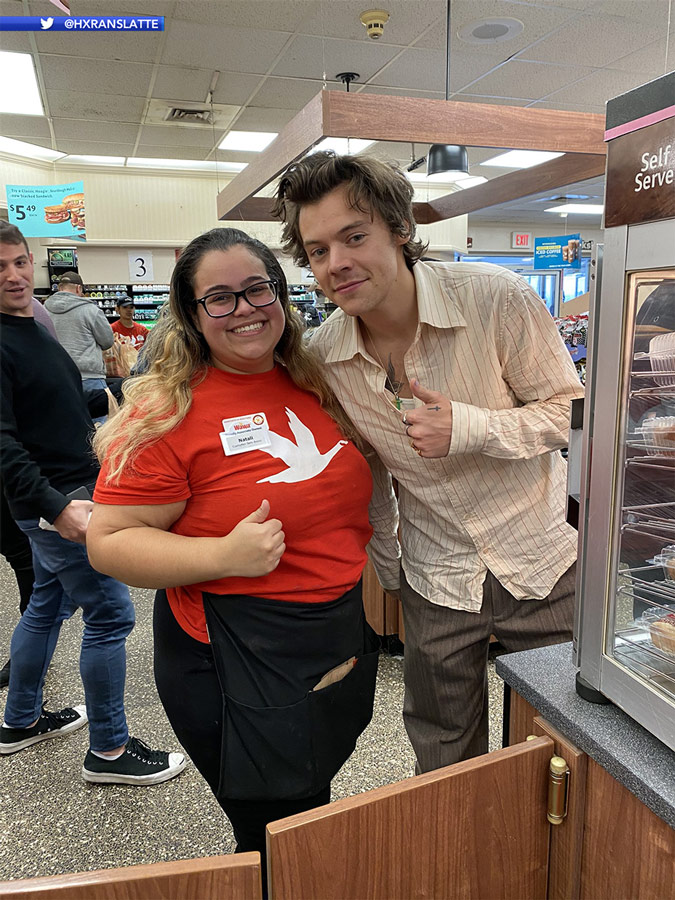 The Wawa employee said Styles, who was on his way to New York City for a TV appearance, was sweet and a gentleman to everyone in the store.

"He even gave this lady who didn't even know who he was an autograph!" she said.

Maldonado's tweet about her meeting with Styles has over 87,000 likes and 6,000 retweets.

Wawa sent Action News the following statement, "It's always exciting when a celebrity comes to visit one of our Wawa stores. We are fans of Harry Styles and we love that his stop delighted customers and associates alike!"

This wasn't the first time Styles made a surprise appearance in the Delaware Valley to grab a quick bite.

Back in 2015, Styles stopped off at Campus Corner at Villanova University. For that meal, he ordered cheesesteaks. Why not?

Harry Styles of One Direction stopped for a bite to eat on Villanova's campus.

He and the 1D guys were playing a show at Lincoln Financial Field back then. This summer, Styles will be going solo for his "Love on Tour 2020" concert at the Wells Fargo Center on June 26. The tour is in support of his album "Fine Line."

So it seems spotting Harry Styles around the neighborhood may just be a sign of the times.
Report a correction or typo
Related topics:
arts & entertainmentbearentertainmentone directionmusicmusic newsinstagram storieswawa
Copyright © 2020 WPVI-TV. All Rights Reserved.
More Videos
From CNN Newsource affiliates
TOP STORIES