From Kobe Bryant winning an Oscar to moving rendition of 'Remember Me,' see top 5 Oscar moments 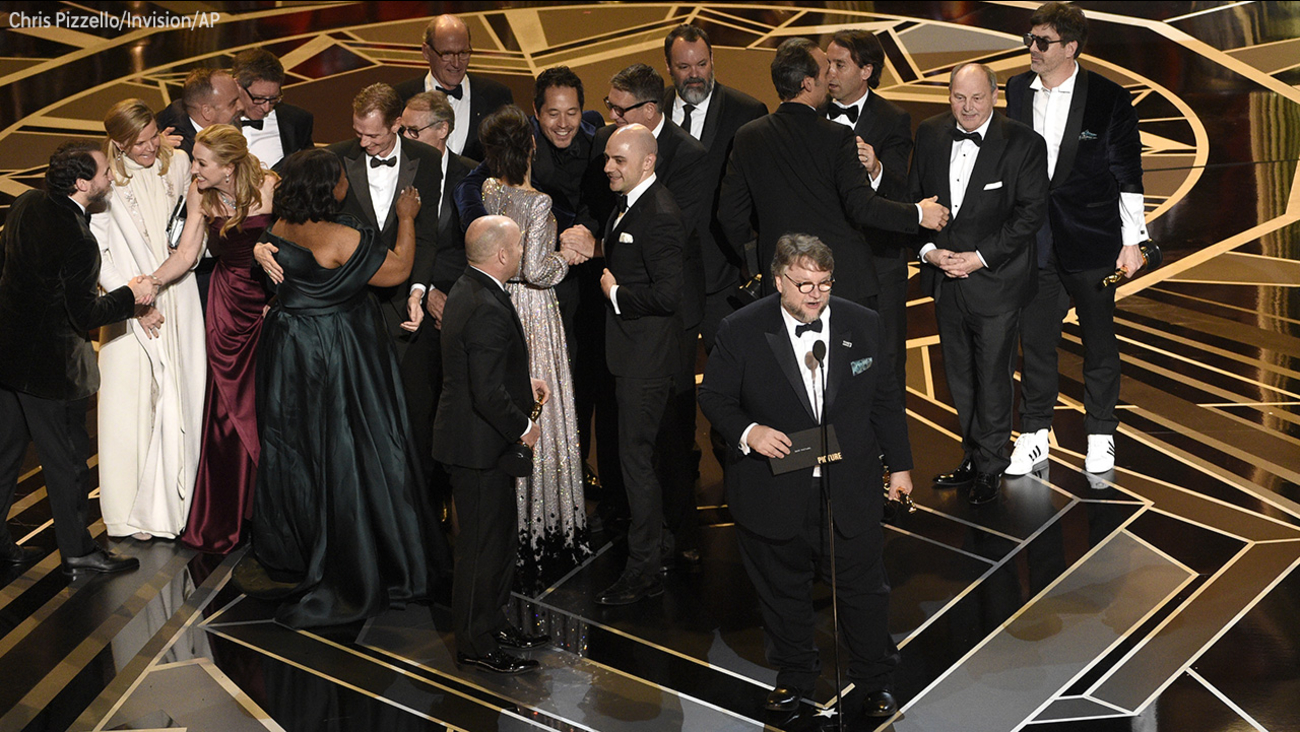 Guillermo del Toro and the cast and crew of "The Shape of Water" accept the award for best picture at the Oscars on Sunday, March 4, 2018, at the Dolby Theatre in Los Angeles. (Chris Pizzello/Invision/AP)

WPVI
LOS ANGELES -- The 90th Oscars was filled with funny and touching moments. From Jimmy Kimmel's Jet Ski giveaway to Kobe Bryant winning an Oscar, here are the top moments from the ceremony.

Frances McDormand won her second Oscar for her role in "Three Billboards Outside Ebbing, Missouri," and during her speech she honored all the woman nominated for an award.

The now two-time Oscar winner honored her fellow female nominees, not just in her category, but in every category for the awards show during her acceptance speech.

The excited actress urged all of the women to stand and asked those in power to hear their stories and projects to provide better representation in movies.

She ended by saying "inclusion rider," which is a belief that actors push for stipulations in contracts that can provide gender and racial diversity while hiring on sets.

The five-time NBA champion can add Oscar winner to his long list of accomplishments.

"As basketball players we're really supposed to shut up and dribble, but I'm glad we did a little bit more than that," Bryant said.

"Coco" director Lee Unkrich spoke about the importance of representation during his Oscar acceptance speech for Best Animated Feature Film.

While accepting the Oscar for best animated feature film, "Coco" director Lee Unkrich spoke about the importance of diversity in media.

"Marginalized people deserve to feel like they belong. Representation matters," he said. "The biggest thank you of all (goes) to the people of Mexico. 'Coco' would not exist without your endlessly beautiful culture and traditions."

"Coco" earned the distinction of being the highest-grossing movie of all time in Mexico.

Guillermo del Toro talks about being an immigrant

Guillermo del Toro, winner of the awards for best director and best picture for "The Shape of Water," poses in the press room at the Oscars.

"The Shape of Water" director Guillermo del Toro talked about being an immigrant during his acceptance speech for best director.

"I am an immigrant...like many, many of you. In the last 25 years, I've been living in a country all of our own," he said. "Part of it is here, part of it is in Europe, part of it is everywhere, because I think that the greatest thing our art does and that our industry does is erase the line in the sand. We should continue doing that, when the world tells us to make them deeper."

Gael Garcia Bernal performs "Remember Me" from "Coco" at the Oscars on Sunday, March 4, 2018, at the Dolby Theatre in Los Angeles.

"Coco" star Gael Garcia Bernal and singers Miguel and Natalia LaFourcade sang renditions of "Remember Me," the hit song from the Latin-centric movie.

Bernal started the performance off with a soft acoustic rendition of the song, similar to how he performed it in the movie.

The backdrop behind him then opened up to a large Mexican-themed stage complete with fireworks and sugar skulls, where Miguel and LaFourcade sang a more upbeat version of "Remember Me." 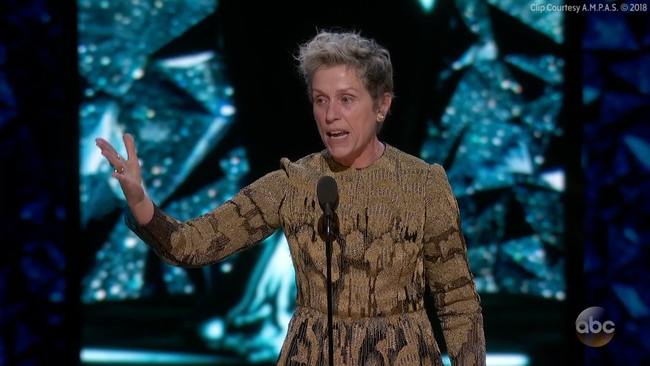 Frances McDormand's big moment: What is an 'inclusion rider'?
OSCARS