OTRC
NEW YORK -- Superstar Jamie Foxx is making Pixar history as the first Black lead in one of its animated movies.

"Soul," coming to Disney+ on Christmas Day, tells the story of Joe Gardner (voiced by Foxx), a band teacher whose soul becomes separated from his body. He finds himself in The Great Before, where souls get their personalities before coming to Earth, and sets off on a journey to show 22, a soul voiced by Tina Fey, what's great about being a human.

"I was so happy to have that," Foxx said of his groundbreaking role. "I think this is the right progression. I was ready for something like this, I think we're all ready for it."

Jamie Foxx plays Joe, a middle school band teacher who has a passion for jazz, but whose life hasn't gone as expected. A freak accident takes him to another realm, where he discovered his soul. He spoke with ABC7 Chicago's Janet Davies about the role and his history in entertainment.

"I thought, wow, this is fantastic to be able to be in a Pixar film with so much groundbreaking potential and things like that. It was just great. My youngest daughter said, 'Dad you finally made it,' so, it was just amazing," he said.

The Oscar-winning Foxx is no stranger to films with a musical backdrop, portraying Ray Charles in the 2004 biopic "Ray" and a record executive in the musical drama "Dreamgirls."

"You're able to just watch the character, and somehow, that voice disappears," he responded.

Oscar winner Jamie Foxx told ABC7's entertainment reporter George Pennacchio that the new movie 'Soul' offers an uplifting message to everyone. "This movie's about helping someone, helping someone see the world in a different way," said Foxx.

He also understands his character's feeling of loss. In the movie, Joe Gardner has lost his father, and Foxx is now mourning the loss of his sister DeOndra, who died in October at age 36.

"It's just been unbelievably painful, and anybody that knows my sister DeOndra, she was a light. To have her not with us, it's tough," he said. "For 'Soul' to come out, we can't help but think about where she is, knowing that she's still with us. We need this movie."

Foxx said he hopes people who watch "Soul" can feel great afterward and "get a chance to escape."

The Walt Disney Co. is the parent company of this station.
Report a correction or typo
Related topics:
arts & entertainmentpixardisneydisney+ streaming servicerace in americaotrc
Copyright © 2021 OnTheRedCarpet.com. All Rights Reserved.
PIXAR 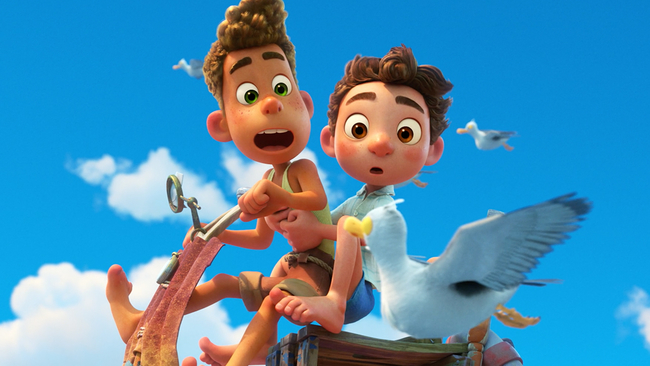