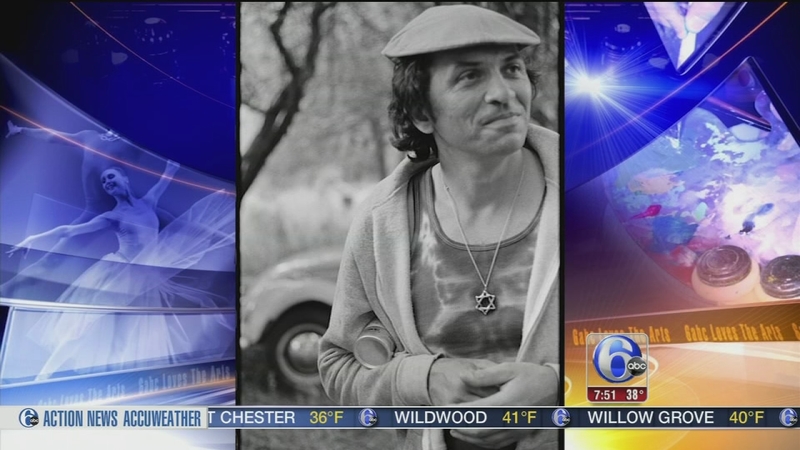 PHILADELPHIA (WPVI) -- Get ready to rock out! The National Museum of American Jewish History is taking visitors on a journey through the history of Rock 'n' Roll.

Rock 'n' Roll concert promoter Bill Graham pioneered the careers of some of the greatest names in rock 'n' roll history. 25 years after his death, a new traveling exhibition tells the story of the genre through his eyes.

"When you visit Bill Graham and the Rock 'n' Roll Revolution, you're immersed in Bill's life, his story," says Josh Perelman, Chief Curator of The National Museum of American Jewish History.

"His impact on rock 'n' roll is indelible, and it is still with us today," says Perelman.

"Dad was an artist himself," says Bill Graham's son, David Graham, "and he was also lucky to be in a time where the concert promoter had a lot more influence over a show."

"We've got a bunch of guitars in the exhibition-Carlos Santana's guitar, Pete Townshend's guitar, Duane Allman's guitar, a fragment of Jimi Hendrix' guitar," says Perelman, "and especially meaningful for Philadelphia, is the materials related to Live Aid."

"It was the industry rallying together to this huge concert for Africa, and our dad ran the Philadelphia version of the show," says David Graham of the 1985 dual-venue benefit concert in London and Philadelphia.

"So there's an original ticket stub, the muscle shirt that some bought at the concert, an original program," says Perelman, who adds that the exhibit also tells the story of Graham's life.

He was born in Berlin in 1931. As Hitler rose to power, his mom put him in an orphanage that sent him first to France and then America.

"The fact that he made it to America, and the fact that he became a very famous concert promoter; it's kind of the American dream," says Graham of his father who staged his first concert in the 1960s. The exhibit includes rarely seen artifacts on loan from the Graham family.

"Our dad's career paralleled the growth of a live concert industry," says David Graham, "so, if you have any interest in music, this show is really interesting."