Local stars in "Love Never Dies" at the Academy of Music

WPVI
By Alicia Vitarelli
PHILADELPHIA (WPVI) -- It's being called the "spellbinding sequel" to the Phantom of the Opera and right now, "Love Never Dies" is here at the Academy of Music.

The show picks up 10 years after phantom left off. Christine and Raoul are married and unhappily apparently.

The Phantom, having disappeared from the Paris Opera House has created a new life in Coney Island among the thrilling rides and oddity shows.

The Temple University alum has been traveling with this production for more than a year.

He says being a part of the iconic Andrew Lloyd Webber Family has been a dream.

And now bringing it home is an even bigger thrill.

"I have never played the Academy of Music, so for me, it's bigger than playing a Broadway house because it's coming home and playing that theater where, as a kid, I used to go see the touring shows which inspired me to do what I do now. I think the last time I was in the Academy, I saw the touring production of Les Mis in high school and I said I want to do what they're doing and now I am doing it. It's amazingly full circle.
It's almost too much to handle, almost overwhelming - pinching myself how did this happen?" said Thompson.

He says leaving the stage door of the Academy and signing autographs is beyond his dreams.

"Love Never Dies" is at the Academy of Music through Sunday. There are seven more shows. 'Play On!' brings the magic of musical theater into your home 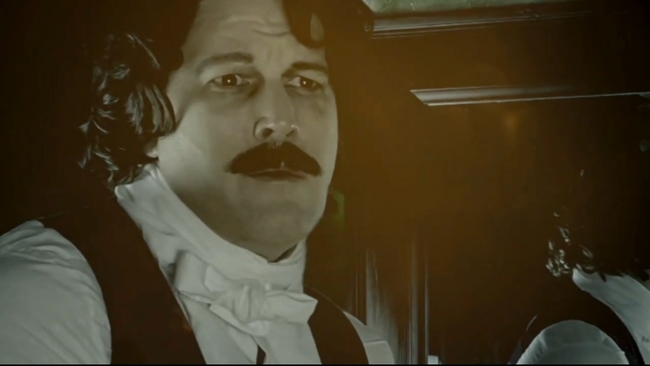