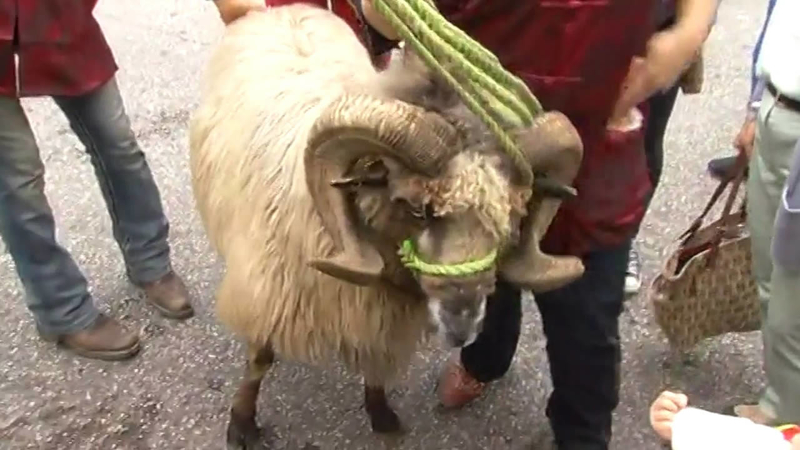 SAN FRANCISCO -- Lunar New Year celebrations are underway across the ocean and right here in the Bay Area. Millions turned out in Hong Kong to welcome year 4713, Year of the Ram. That parade featured floats and dancers from around the world. In San Francisco, officials are kicking off two weeks of festivities in Chinatown.

An unlikely feature at the parade Thursday morning in San Francisco was a ram, right in the middle of Chinatown. He's far away from his farm, about an hour and a half away from his 200 acres. So it was a very different environment for him, but he'll be surrounded by joyful and loud celebrations.

Firecrackers were lit all around Chinatown to celebrate the Lunar New Year. One woman described the day as Thanksgiving and Christmas combined for the Chinese and Vietnamese communities.


This is the Year of the Ram, so the animal will be featured at Thursday's parade. When he first arrived in the morning, people came out of their office buildings to see him.

"We wish that this year, with the ram, will bring a lot of peace to the world and good health to everyone," said parade attendee Minh Hoa Ta.

Parade organizer Doris Grover added, "The live animal really signifies that we really believe. Instead of bringing just a stuffed animal, that this is what we worship."

Mayor Ed Lee will be in attendance at the parade that gets underway Thursday afternoon. San Francisco police officers will be doing the traditional dragon dance.