Madonna kisses a shocked Drake at the 2015 Coachella Music Festival 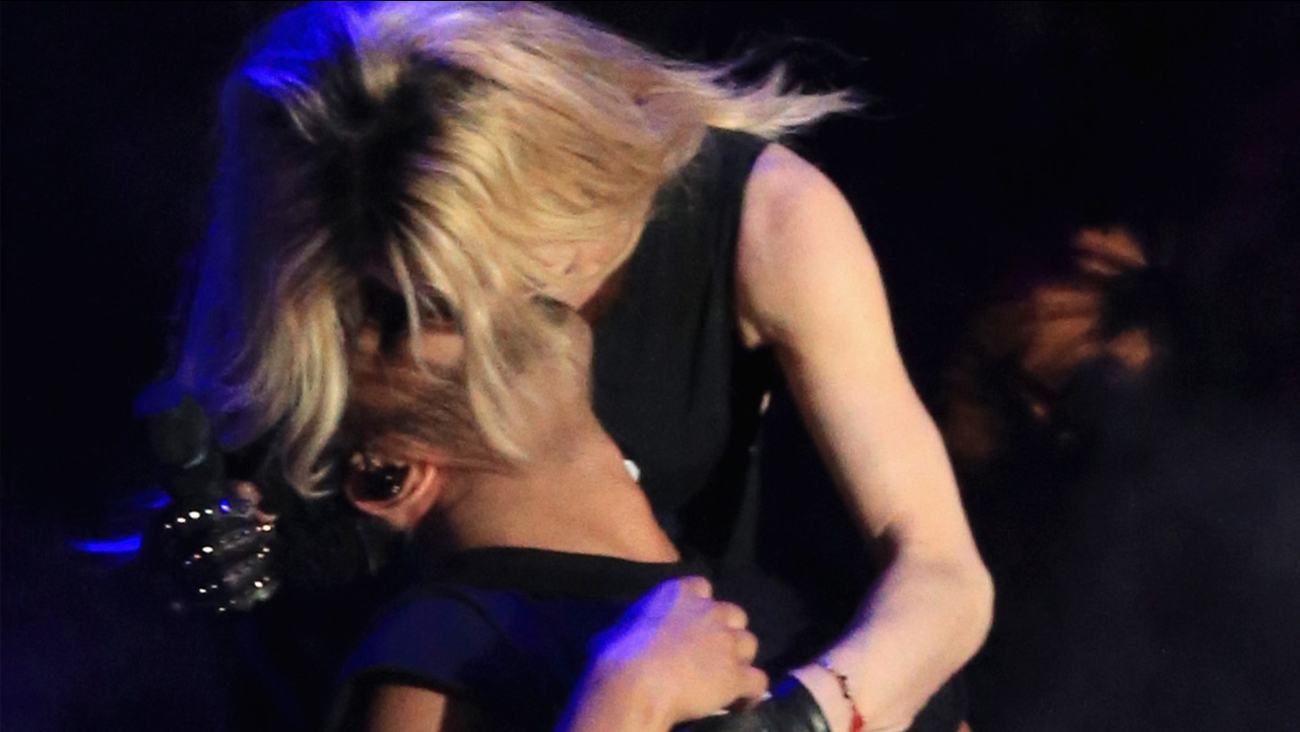 Madonna laid a big kiss down on Drake Sunday night at the Coachella Music Festival. (Christopher Polk/Getty Images for Coachella)

Madonna still knows how to steal a show.

Drake performed Sunday night at the 2015 Coachella Music Festival in Indio, Calif. During his performance, Drake sat onstage when Madonna appeared behind him, and laid a fat smooch on the rapper's lips before saying "I'm Madonna, b**ch."

The kiss, which went on for several seconds, seemed to shock Drake. ""What the f*** just happened?" the rapper asked, laughing. The kiss generated applause from the audience at Coachella, and quickly became a trending topic throughout late Sunday night.

this is how Madonna stays young. Britney, Xtina, Drake. She's stealing their youth.

If you had the opportunity to make out with Drake on stage, you would do it!