WPVI
PHILADELPHIA (WPVI) -- A University of Pennsylvania sophomore is celebrating a big win at the Oscars.

Twenty-year-old Claire Sliney is a co-executive producer on the film.

Sophomore Claire Sliney has been nominated for an Oscar in the documentary-short-films category for “Period. End of Sentence.” She is the film’s co-executive producer. It “feels like an out-of-body experience,” says Sliney. https://t.co/Zz8nDg8B2I pic.twitter.com/SFBz5iTtA0

When her film was nominated, Sliney told Penn Today, "It is incredible. I never thought we would have made it to this point at all. Or even made it to India with a completed film, let alone an Oscar nomination. Every single expectation I had for this project has been surpassed." 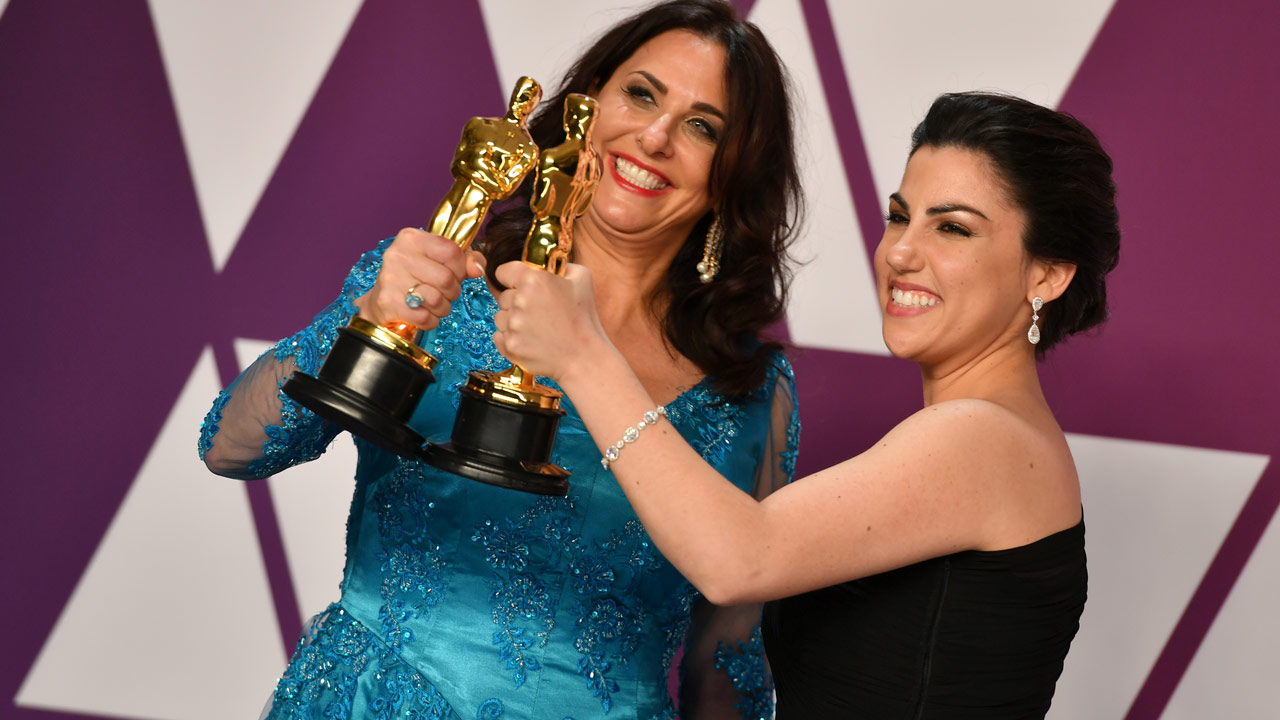 Melissa Berton, left, and Rayka Zehtabchi pose with the award for best documentary short subject for "Period. End of Sentence." in the press room at the Oscars on Feb. 24, 2019.

Sliney, a Los Angeles native, has been involved in the project since her freshman year in high school.

Berton, a producer of the film and an English teacher at North Hollywood's Oakwood High School, was all smiles as she accepted her Oscar on the Academy Awards stage.

She automatically gave a shout-out to her students and then shared her award with all of those who can relate with the coming-of-age documentary.

"I share this with teachers and with students around the world. A period should end a sentence, not a girl's education," Berton said as she and her colleagues waved their Oscar statuettes.

The film is about a taboo subject - menstruation. There's no easy way to talk about it, but a group of high school students helped change the conversation. In 2013, Berton advised a group of Oakwood students, who were selected as United Nations delegates, to advocate for women and girls. That's when their journey to normalize menstruation began.

Originally, the short documentary was a marketing tool for their bigger vision -- a nonprofit they created called the Pad Project. Their mission was to get a machine that creates biodegradable pads to a rural village in India.

The students were in charge of fundraising, creating the nonprofit and bringing the documentary to life. Seven executive producers on the project are either in college or in grad school and several associate producers are still in high school.

They put the documentary through the film festival circuit and received award after award. Now, they've added an Academy Award to their list!

Sliney is a philosophy, politics, and economics major in the College of Arts and Sciences at Penn.

Oscars 2020: When, how to watch the Academy Awards