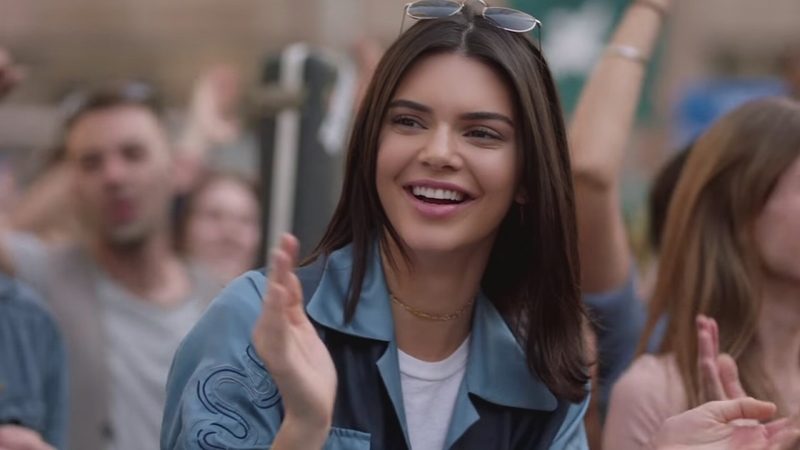 Pepsi is pulling an ad that has been widely criticized for appearing to trivialize protests for social justice causes.

"Pepsi was trying to project a global message of unity, peace and understanding," the company said Wednesday in a news release. "Clearly we missed the mark, and we apologize."

The ad shows Kendall Jenner, a member of the "Keeping Up With the Kardashians" reality TV family, stepping away from a modeling shoot to join a crowd of young protesters. The protesters cheer after Jenner hands a can of Pepsi to a police officer, who takes a sip.

"We also apologize for putting Kendall Jenner in this position," PepsiCo Inc. said.

PepsiCo had previously said the ad would "be seen globally across TV and digital" platforms, and had stood by the ad late Tuesday.

Critics say the image of Jenner handing the officer a Pepsi evoked a photo of Black Lives Matter protester Ieshia Evans approaching an officer at a demonstration in Baton Rouge last year.

So proud of you @kendalljenner! Thank you @pepsi for choosing Kendall to be the face of your new campaign! #Pepsi #PepsiMoment #LiveforNow pic.twitter.com/YsAa9cBG2O