Ricky Gervais talks about his fight with Gritty 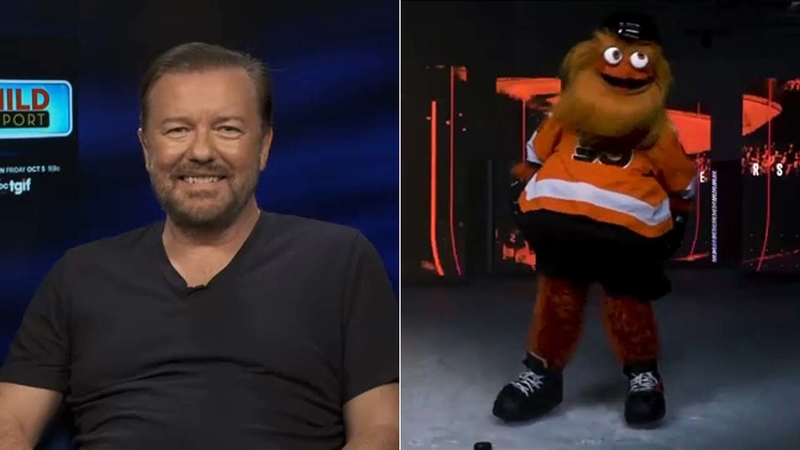 Ricky Gervais talks about his fight with Gritty

Ricky Gervais is speaking out after his late night scuffle with the now world famous Gritty.

Last week, Gervais was a guest on The Tonight Show, and in one segment is seen dancing with Jimmy Fallon to Boyz II Men's "Motown Philly."

During the segment, in walks The Philadelphia Flyers' new mascot.

When Gritty tries to get down and cut some rug, Gervais gives him a shove, and the two go at it.

We had a chance to talk to Gervais this week about the second season of "Child Support," and took the opportunity to inquire about the throw down with Gritty.

"We got into a bit of an altercation. But he's used to it - he plays hockey, and he's bigger than me," Gervais said.

There's no disputing that Gritty has had a BIG first week. 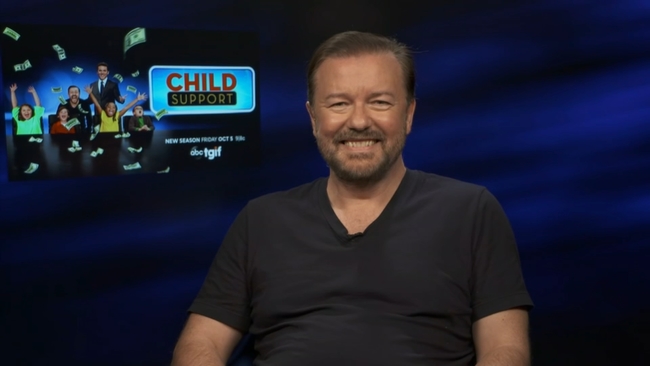