'The Falcon and The Winter Soldier' premieres on Disney+ Friday 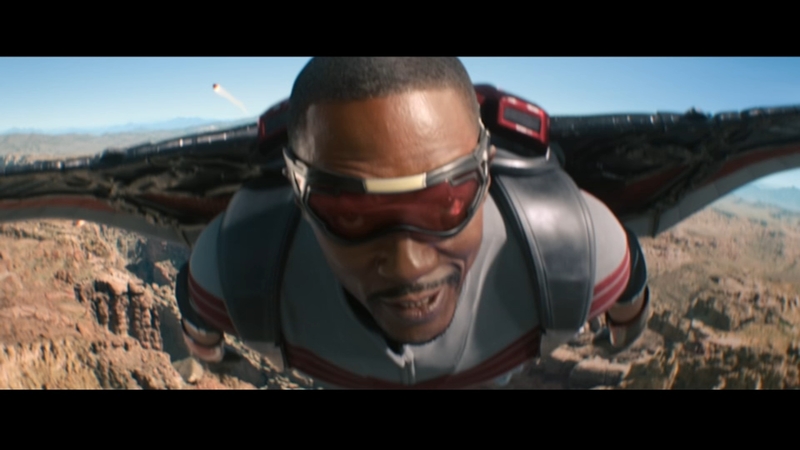 'The Falcon and The Winter Soldier' premieres on Disney+

The latest trip back to the Marvel universe is debuting on Disney+ Friday.

Two faithful sidekicks of Captain America take the lead in The Falcon and the Winter Soldier.

Fresh off "Endgame," this new superhero series digs deep into their relationship with each other and with the shield.

"They are both sort of left with one another and they've got to figure out what they have in common," says Sebastian Stan who plays Bucky Barnes, the Winter Soldier.

In a world after Endgame, without their mutual friend Steve Rogers ("Captain America"), we find Barnes alongside The Falcon, Sam Wilson.

Two men. One shield. Six hours to unravel the stories.

He feels like the sword is not meant for him.

"We're having a very big conversation," says director Kari Skogland. "It's about the shield. It's about nationalism. It's about racism."

"He is having an existential moment where, as a Black man, he has to confront what that symbol means and if it's even appropriate for him to be involved with it," says writer Malcolm Spellman. "The answer isn't obvious."

Neither is the the relationship between The Falcon and the Winter Soldier.

"No one knew how timely this show was going to be when we first started developing it and when we started shooting it," Mackie says.

"I'm excited for people to see the show and to see what they latch onto the most," Stan says.