'The Goldbergs:' Barry throws 1st pitch at Phillies game at the Vet

On Wednesday's episode of ABC's hit 1980-something, Jenkintown-based comedy 'The Goldbergs,' the middle Goldberg child wins an 'Opportunity of a Lifetime' (the episode's title).

Barry, played by Troy Gentile, wins a radio contest to throw out the first pitch at a Philadelphia Phillies game at Veterans Stadium.

His mom, Beverly, played by Wendi McLendon Covey, is convinced that Barry will embarrass himself and tries to stop his dream from coming true.

'The Goldbergs' is based on the real-life experiences of Adam F. Goldberg and his family in the 1980s.

The idea for this episode, however, came after the Phillies invited the real Barry Goldberg and Gentile to throw out the first pitch at Citizens Bank Park in September 2017.

"At first, the Phillies approached me about the first pitch," said Executive Producer Adam F. Goldberg. "Anyone who has seen the show will know that throwing a ball in front of a crowd is my worst nightmare. My immediate response was that my brother Barry would jump at the idea. For him, it's the opportunity of a lifetime."

At the time, Adam wondered if his brother would crumble under the pressure.

"He said, 'My pitch is so powerful, if anything, I'll throw it too far into the stands.' You can't make up a Barry response as good as that!" Goldberg said.

During the first pitch, Barry's childhood hero Phillies Hall of Fame third baseman Mike Schmidt surprised the crowd - and Barry - with an appearance. This moment will be featured in the episode, as well.

"Throwing out the first pitch may have been an opportunity of a lifetime for Barry, but Mike Schmidt was just as excited about being involved with the surprise," Phillies Vice President of Communications Bonnie Clark said. "Mike is a huge fan of the show so it took about five seconds for him to agree to take part."

Adam F. Goldberg says he's very appreciate of the Phillies for letting his brother fulfill a lifelong dream - both in real life and on TV.

"My family grew up attending Phillies games at the old Veterans Stadium. I'm grateful to the Phillies for being part of this episode and helping my brother, Barry, live out his dream," Goldberg said. 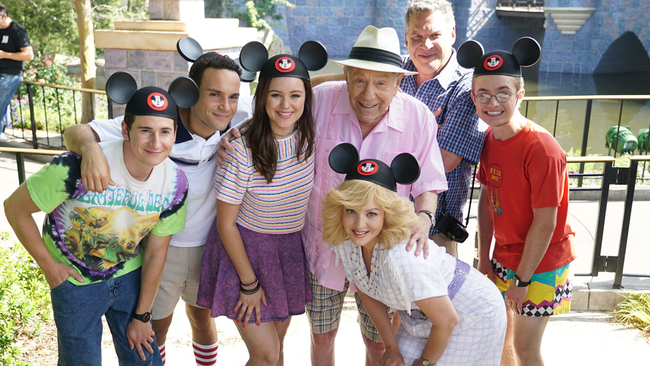 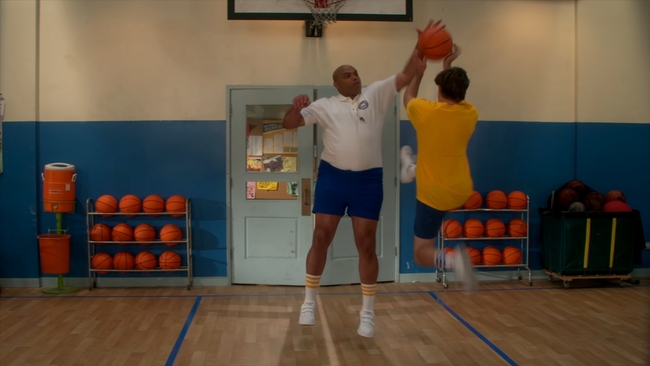 AJ Michalka: Barry from 'The Goldbergs' to be on 'Schooled'
More Videos
From CNN Newsource affiliates
TOP STORIES