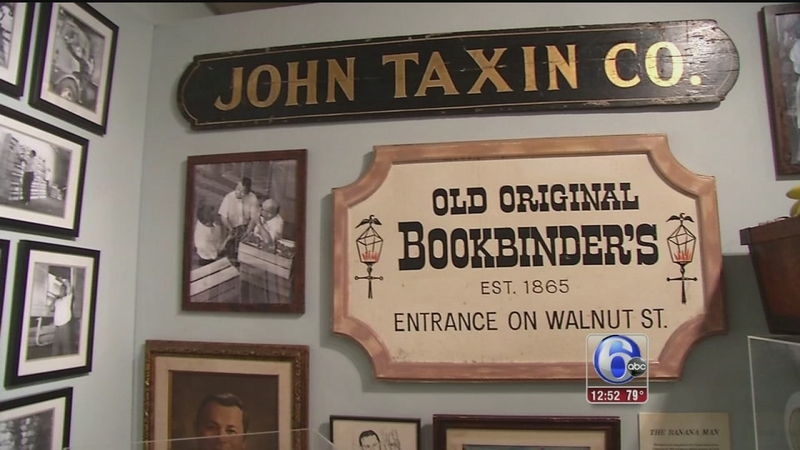 Philadelphia's Independence Seaport Museum has a new exhibit. It's called Hucksters: The Tumult of Dock Street, and it takes visitors back to a time when Philadelphia's Society Hill neighborhood was home to a bustling and boisterous market.

The exhibit is filled with photographs, memorabilia and stories of Dock Street, from its inception as Dock Creek to its demise in the 1950s.

"The men who sold their goods there were known as hucksters," says Guest Curator Erich Weiss, "they were oyster men, they were produce men, they were fish mongers."

Weiss' grandfather, John Taxin, was one of them, "He had a horse and carriage and he used to sell produce along the mills in Manayunk."

Taxin eventually moved his business to Dock Street and parlayed that into another business that became very well-known in Philadelphia.

"It was Bookbinders Caf at 2nd and Walnut. That went on the auction block and he reluctantly bought the restaurant and that became his life," says Weiss who bought the Old Bookbinders, renovated it and reopened it as The Old Bar.

Weiss created the exhibition from artifacts passed down from his grandfather.

He also invited 2 dozen Philadelphia artists to create works about the market. "It's an interesting and fascinating look at Old Philadelphia," he says, and it starts when Dock Street was Dock Creek, "a lot of schooner ships and things like that would come down the creek to sell their goods."

When the creek became polluted, city fathers paved it over and passing ships were replaced by permanent stalls.

Before it was closed to make way for the Society Hill Towers, Weiss says, Dock Street had become a massive distribution center for the city and state, "It was where a lot of immigrants came and made, I don't want to say their fortunes, but they made their living in Philadelphia."

Hucksters: The Tumult of Dock Street is on exhibit through next February. You can find museum hours and ticketing information at phillyseaport.org.