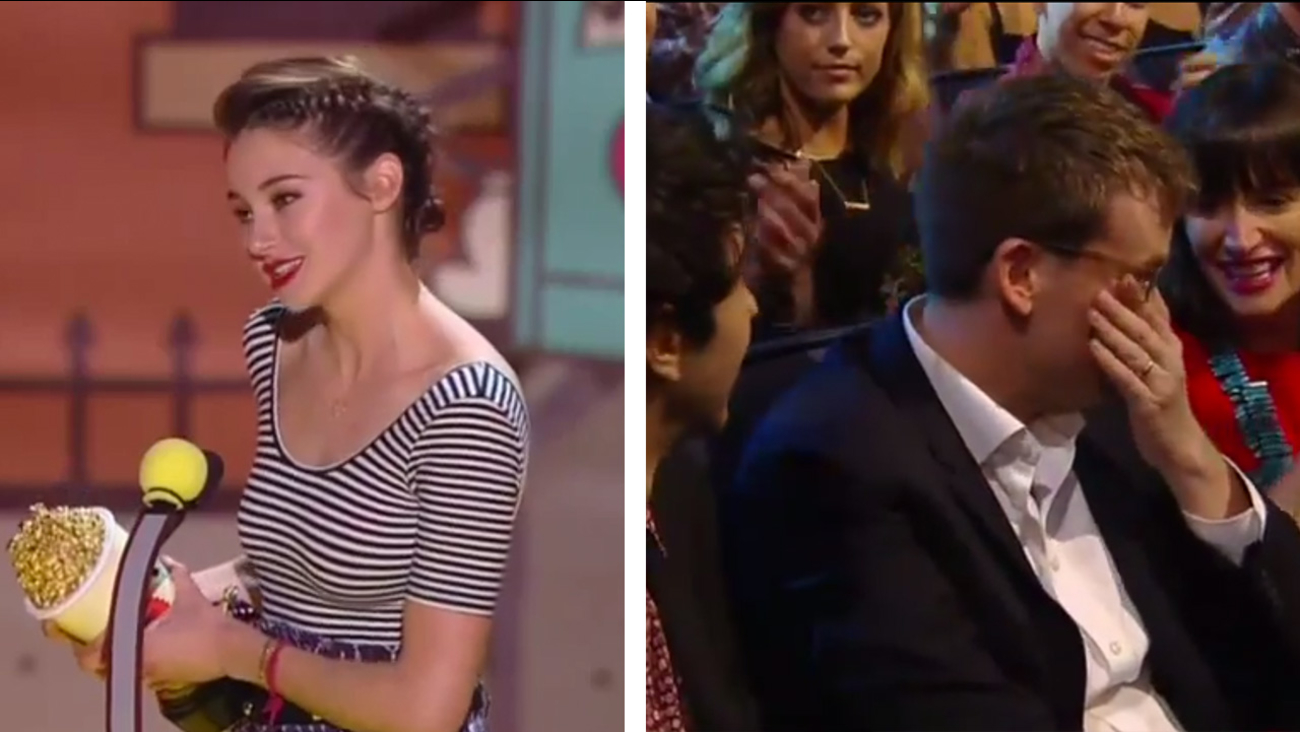 Shailene Woodley brought the author of "The Fault in Our Stars" to tears after her moving acceptance speech at the MTV Movie Awards on Sunday. (MTV/AP/YouTube)

Here's one awards acceptance speech that will move you.

Shailene Woodley won big at the MTV Movie Awards on Sunday, swooping up the best female performance prize for her performance as Hazel, a lovestruck, terminally ill teen in The Fault in Our Stars. When Woodley went up to accept the award, she expressed her gratitude to John Green, author of the book on which the film was based.

"I just want to thank you for being the human that you are, and for every single day living a life with integrity and again compassion on your sleeve," Woodley said in her speech. "Because you changed the lives of millions of people around the world. You changed mine, so thank you much."

Afterwards, the camera panned over to John Green, who was visibly moved by Woodley's touching speech. The author later tweeted his kind thoughts about Woodley.

I love Shailene Woodley. Overwhelmed and grateful for her friendship and for her being hazel so brilliantly.

Green's The Fault in Our Stars quickly became one of the best-selling books of 2012 with many critics praising the author for his sensitive and touching portrayal of teens with cancer. Woodley's performance in the 2014 film adaptation also received critical acclaim, with many praising the actress for her passionate and portrayal of Hazel. You can see the touching speech in the video above.
Related topics:
arts & entertainmentcelebritymoviesbooksaward showsmtvmovie news
Copyright © 2021 WPVI-TV. All Rights Reserved.
More Videos
From CNN Newsource affiliates
TOP STORIES