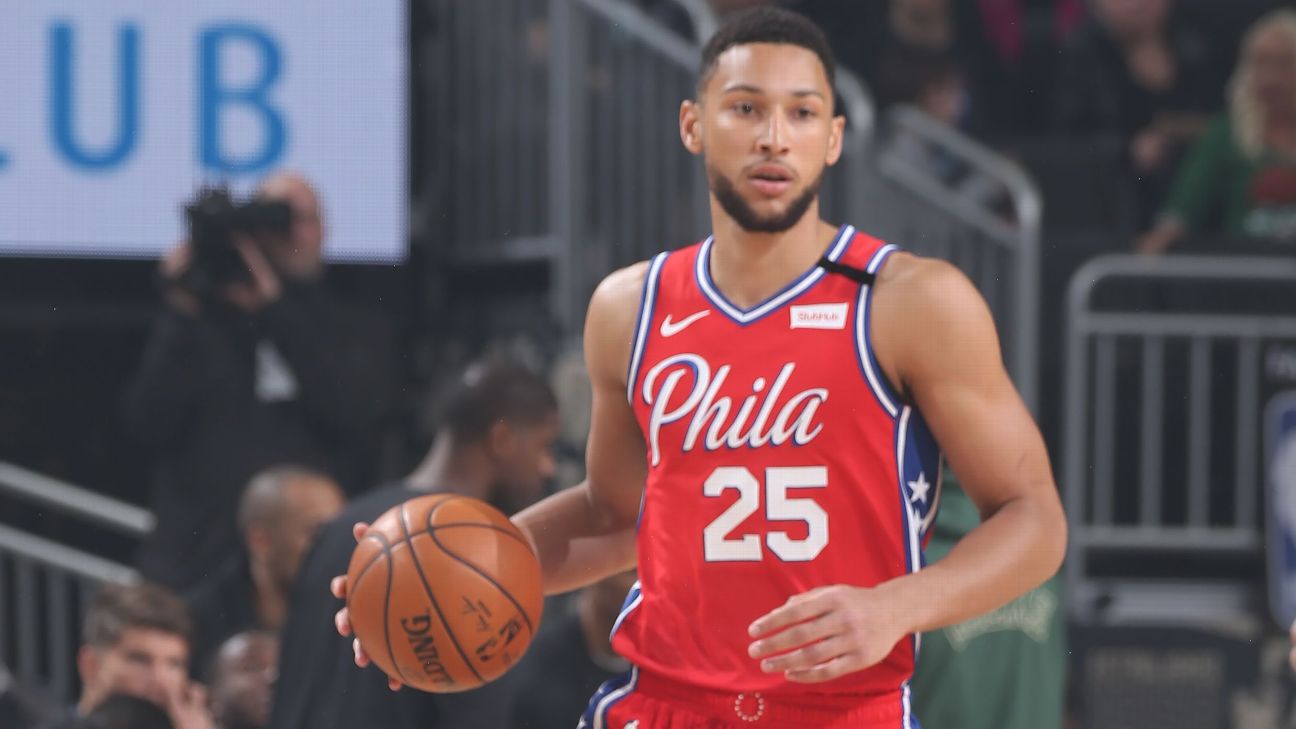 Simmons will not play in Monday's game against the Atlanta Hawks, sources said.

Simmons left the Sixers'119-98 loss to theMilwaukee Buckson Saturday after tweaking his back in the first quarter.

Sources had described Simmons as emotional upon leaving the X-ray room at the Fiserv Forum late Saturday.

There is some level of concern surrounding the possible nature of the injury, league sources said.

Simmons left the game after playing less than five minutes, during which he tallied five points and two rebounds.

He missed the Sixers' victory over theBrooklyn Netson Thursday with lower back soreness.