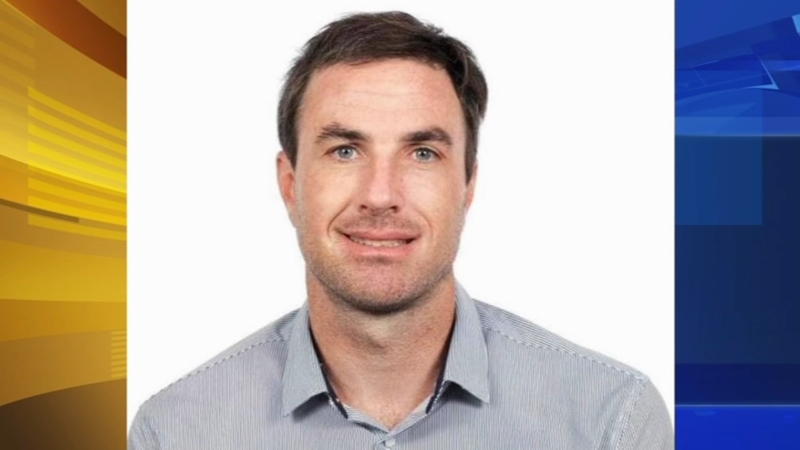 South Jersey man among those who perished in plane crash

A man with ties to South Jersey was one of the 157 victims of a deadly plane crash in Ethiopia on Sunday.

The news comes as more airlines around the world are grounding their Boeing 737 MAX 8 passenger planes.

His employer released a statement confirming the IQ Air writer was on Ethiopian Airlines Flight 302 to Nairobi.

IQAir is greatly saddened by the loss of our friend and colleague Matt Vecere who was on Ethiopian Airlines Flight 302. Matt was a great writer and an avid surfer with a passion for helping others. Our hearts are with Matt's family and all who lost their lives in this tragedy. pic.twitter.com/WPOqbHfNc9

His colleagues remember him as an amazing writer, a selfless person who wouldn't hesitate to help others.

Vecere loved to surf and was involved in the surf industry since he was a teenager.

His mother, Donna Vecere, issued the following statement regarding her son:

"Matt was passionate about the environment, civil rights, social and environmental justice, and advocating for those less fortunate. His passion turned to direct action, rolling up his sleeves to serve causes where he could make a tangible difference. He volunteered countless hours with charitable organizations, at community events, and with numerous relief efforts after natural disasters. Matt had strong connections to Haiti. He served with various organizations and made several trips to the island, beginning after the devastating earthquake of 2010, after hurricanes, and again as recently as two weeks ago.

An avid surfer since his youthful days on New Jersey beaches, Matt has lived in California for more than a dozen years. Matt was excited about taking the trip to Africa to attend the UN Environment Assembly for the first time.

Matt will be missed by many. We are heartbroken more than words can express."

Meanwhile, Boeing's best-selling passenger jet is under scrutiny after the second deadly crash in five months.

Though Ethiopian Airlines, China, and Indonesia have grounded all planes of this type, on Monday the federal aviation administration issued a continued airworthiness notification, and as such American Airlines and Southwest Airlines that fly the 737 max will continue to do so.

Some aviation experts see similarities between the two crashes in this five-month period.

"What should airlines be doing right now that are using these planes? They have to ground them. It's wrong," said Aviation Expert Arthur Wolk. "You're exposing 186 people at a time to this risk? No. The airplane needs to be grounded until it's fixed."

It isn't clear yet whether the plane's technology played a role in the Ethiopian Airlines crash, or whether this crash is related to the last one.

The investigation into the crash is ongoing.

The Boeing Company is deeply saddened by the loss of Lion Air Flight 610, which has weighed heavily on the entire Boeing team, and we extend our heartfelt condolences and sympathies to the families and loved ones of those onboard.

Safety is a core value for everyone at Boeing and the safety of our airplanes, our customers' passengers and their crews is always our top priority. The 737 MAX is a safe airplane that was designed, built and supported by our skilled employees who approach their work with the utmost integrity.

For the past several months and in the aftermath of Lion Air Flight 610, Boeing has been developing a flight control software enhancement for the 737 MAX, designed to make an already safe aircraft even safer. This includes updates to the Maneuvering Characteristics Augmentation System (MCAS) flight control law, pilot displays, operation manuals and crew training. The enhanced flight control law incorporates angle of attack (AOA) inputs, limits stabilizer trim commands in response to an erroneous angle of attack reading, and provides a limit to the stabilizer command in order to retain elevator authority.

Boeing has been working closely with the Federal Aviation Administration (FAA) on development, planning and certification of the software enhancement, and it will be deployed across the 737 MAX fleet in the coming weeks. The update also incorporates feedback received from our customers.

It is important to note that the FAA is not mandating any further action at this time, and the required actions in AD2018-23.5 continue to be appropriate.

A pitch augmentation control law (MCAS) was implemented on the 737 MAX to improve aircraft handling characteristics and decrease pitch-up tendency at elevated angles of attack. It was put through flight testing as part of the certification process prior to the airplane entering service. MCAS does not control the airplane in normal flight; it improves the behavior of the airplane in a non-normal part of the operating envelope.

Boeing's 737 MAX Flight Crew Operations Manual (FCOM) already outlines an existing procedure to safely handle the unlikely event of erroneous data coming from an angle of attack (AOA) sensor. The pilot will always be able to override the flight control law using electric trim or manual trim. In addition, it can be controlled through the use of the existing runaway stabilizer procedure as reinforced in the Operations Manual Bulletin (OMB) issued on Nov. 6, 2018.

Additionally, we would like to express our deepest condolences to those who lost loved ones on Ethiopian Airlines Flight 302. A Boeing technical team is at the crash site to provide technical assistance under the direction of the Ethiopia Accident Investigation Bureau and U.S. National Transportation Safety Board. It is still early in the investigation, as we seek to understand the cause of the accident.