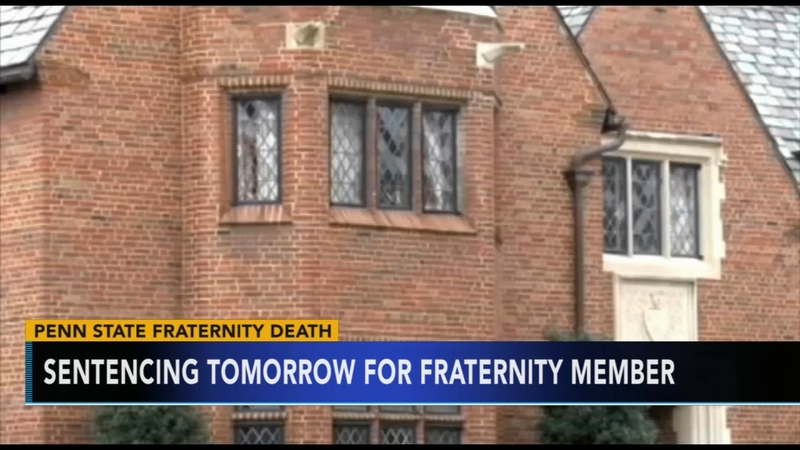 BELLEFONTE, Pa. (WPVI) -- A former Penn State University fraternity brother faces a potential jail term after becoming the first of more than 20 defendants to plead guilty in the death of a pledge who was fatally injured during a night of heavy drinking and hazing.

Ryan Burke of Scranton is due in court for sentencing Tuesday. Prosecutors are asking for a jail term of 90 days.

Burke pleaded guilty to hazing and other charges.

Engineering student Tim Piazza, of Lebanon, New Jersey, drank a dangerous amount of alcohol and suffered fatal head and abdominal injuries in a series of falls during a bid acceptance ceremony and party in February 2017.

Burke was accused of giving Piazza a bottle of vodka at the party.

More than 20 other members of the now-closed Beta Theta Pi fraternity face trial in February.