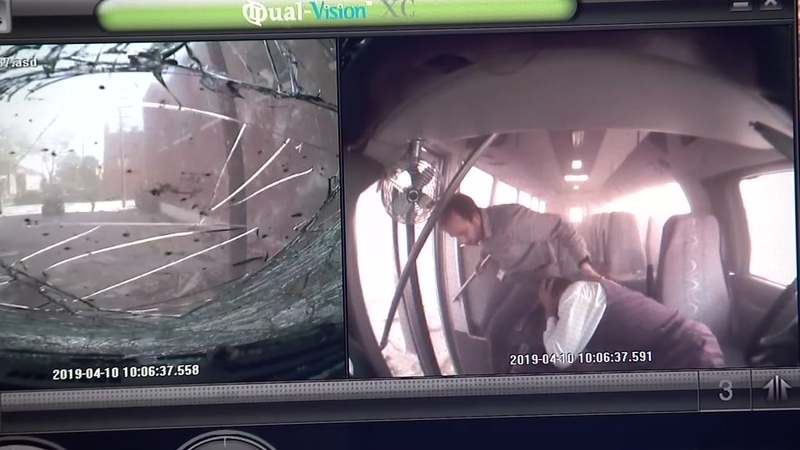 DURHAM, N.C. -- WTVD has obtained exclusive video from two cameras aboard a Carolina Livery shuttle. The video shows the impact of the deadly North Carolina explosion.

Two cameras showed the inside and outside of the bus during the blast.

The bus was parked facing Northbound on North Duke Street on the morning of April 10.

During the explosion, the outside camera view shows total chaos as plumes of smoke shoot toward the windshield. The force of the blast dramatically cracks the front windshield.

The inside camera shows the windows of the bus shattering into pieces and debris flying everywhere.
Rich Meyers, 65, was driving the bus, which was carrying one passenger at the time.

"I felt this searing pain on the left side of my face--and heat," Meyers said. "I looked down and my face was soaked with blood."

Meyers was transporting a Duke employee at the time of the blast. In the video, you see the passenger was able to walk off the bus. Meyers was knocked to the ground.

It's not clear how the shuttle was able to park on Duke Street when crews evacuated the area.

Meyers told ABC11 that he is unable to go back to work. He suffers from light sensitivity, headaches and hearing loss.