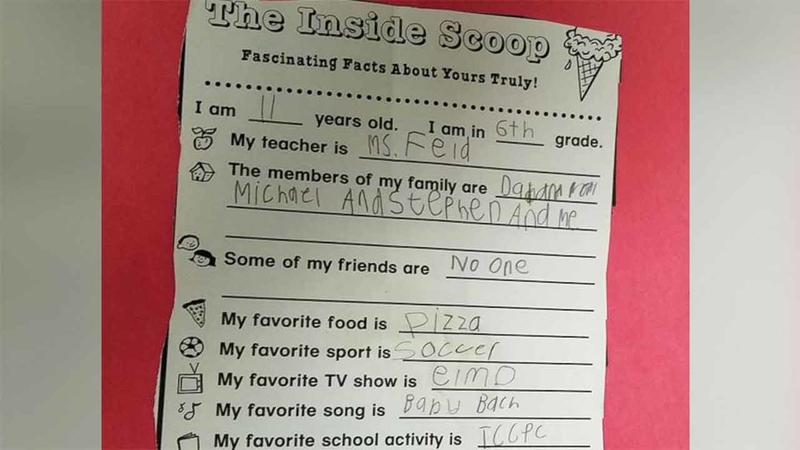 ROCKAWAY, NJ -- When Bob Cornelius of Rockaway, New Jersey attended his son's back-to-school night, he said it was "pretty typical." He snapped a few photos of his 11-year-old son Christopher's classwork, heard about the classroom day-to-day and went home.

And then he looked at a photo he had snapped and saw it. It was a simple enough question. But the answer was "like a punch in the gut," Cornelius told ABC News.

In a Facebook post that's now been shared more than 12,000 times, Cornelius detailed his thoughts on not only his son, but how children everywhere who don't fit the mold are being excluded.