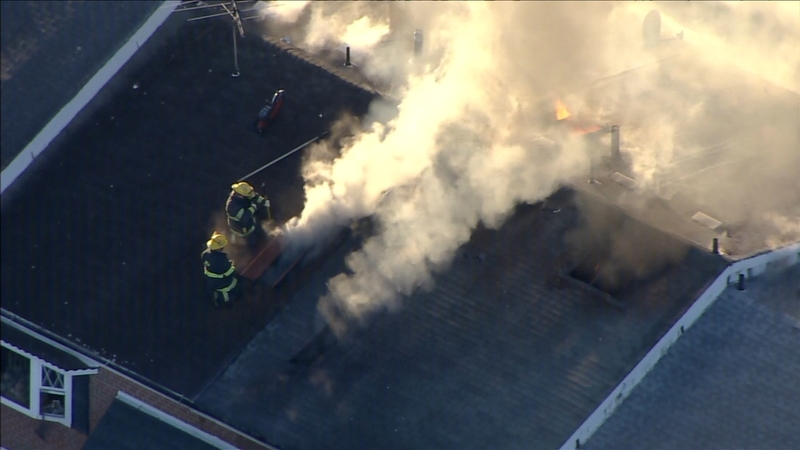 Officials said heavy flames were showing on the first floor of the middle of the row house.

Chopper 6 was overhead as smoke was pouring through the roof of the home.

Chopper 6 over the scene of a fire on Farwell Road in Northeast Philadelphia: May 15, 2019

Fire crews received a call of one person being trapped inside, but neighbors say the homeowner soon emerged with his dog in his hands.

"He was covered in soot and he had his one dog with him and you could see he was kind of heartbroken walking out of the house," said neighbor Fran Dzwoniarek.

The dog was also covered in soot and had to be carried by two people as he was placed into the back of an SUV.

The owner of the home was taken to the hospital for evaluation along with a second person, a woman that neighbors said lives next door and was suffering from smoke inhalation.

"It's sad because I know he kept a lot of things in that house," said Dzwoniarek. "I mean your whole history is gone. Everything you had is gone."

Just before 7 a.m. members of the fire department tweeted that the fire had been placed under control.