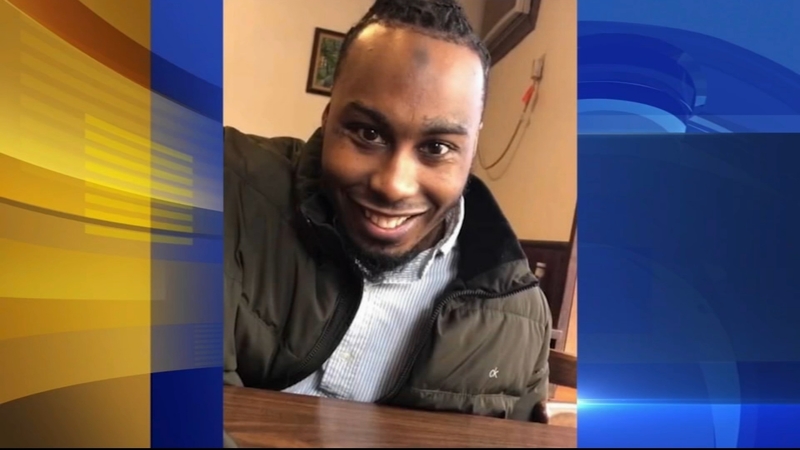 NEW CASTLE, Delaware (WPVI) -- The family of a Delaware man is demanding justice after their loved one was shot and killed by police last month.

They say bodycam video from the moments leading up to the shooting that killed 30-year-old Lymond Moses on January 13 doesn't match what officers say happened. They are urging New Castle County police to release the video to the public.

"The world needs to see this senseless murder. It is murder, so show the world," said Amanda Spence, the victim's wife.

"That is my mom's only son and he is gone because two officers decided to take his life when there was no cause for it. Those officers were not in danger," said Ikia Womack, the victim's sister.

County police say at the time of the incident, they were investigating a suspicious vehicle along Rosemont Avenue in Wilmington.

Investigators say Moses took off down a dead-end road, made a U-turn and then drove at a high rate of speed towards the officers. That's when they were forced to fire their weapons.

The family of a 30-year-old Bear, Delaware man who was shot and killed by New Castle County police is demanding answers.

"The video contradicts the police narrative that Mr. Moses was coming at them with his vehicle. What it shows is that Mr. Moses was actually veering away from the officers, simply trying to get away," said the family's attorney, Emeka Igwe.

Igwe says Moses was asleep in his car when two officers approached and told him they were investigating stolen vehicles. He says Moses told them his car was not stolen and for some reason, drove away.

"Unfortunately, Mr. Moses is not here to give his side of the story because the police unlawfully killed him," said Igwe.

According to the family's attorney, officers fired at least nine shots, four of them hit Moses. Family members are outraged and feel releasing the footage will set the record straight.

"We know the video is going to be released at some point. We don't want it released a year from now when people's memory fade," said Igwe.

It's not clear if or when the video will be released to the public.

The Delaware Attorney General's Office is investigating the case. The patrol officers involved, a 10-year veteran and a 3-year veteran, have both been placed on administrative leave per New Castle County Division of Police Policy.

In a statement, New Castle County Police tell Action News, "This is still an active and ongoing investigation we will not be providing any further statements until the investigation is complete and a decision has been rendered."
Report a correction or typo
Related topics:
delawarefatal shootingofficer involved shooting
Copyright © 2021 WPVI-TV. All Rights Reserved.
OFFICER INVOLVED SHOOTING Officer was justified in fatal shooting of knife-wielding man: DA