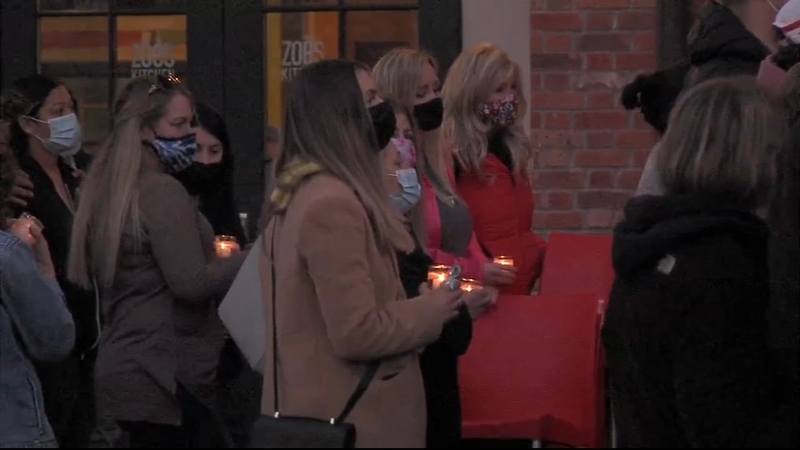 MIAMI BEACH, Florida (WPVI) -- Family and friends remembered a woman from Bucks County, Pennsylvania who died while on spring break in Florida.

Englehardt worked as a manager at the pizza place.

Authorities said the 24-year-old was drugged, raped and robbed while on a trip to Miami. She was found dead in a hotel room.

Two men have been arrested and charged in the case.

According to police, the body of Christine Englehardt, of Richboro, Bucks County, was found on March 18.

Surveillance cameras from the Albion Hotel on James Avenue show Englehardt with the two men around 1 a.m. on March 18.

Evoire Collier, 21, and Dorian Taylor, 24, both of North Carolina, were arrested and charged with sexual battery and burglary.

Englehardt was a Richboro native and graduate of Council Rock High School North.