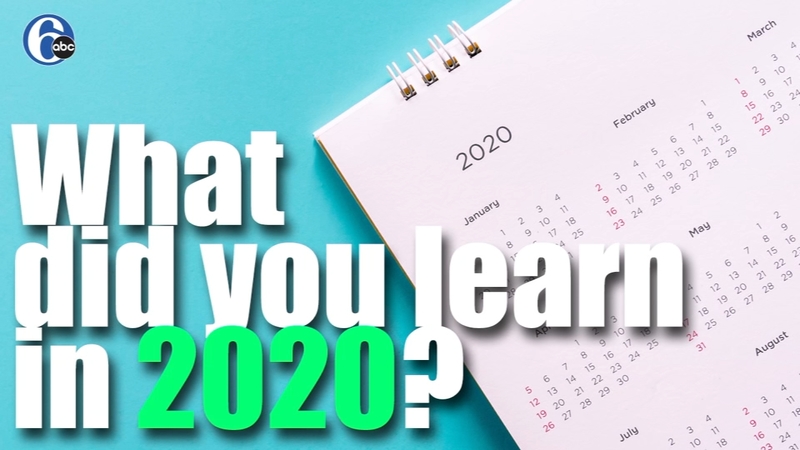 Action News Morning Team: What I learned in 2020

PHILADELPHIA (WPVI) -- It was a year unlike any other.

Among the lessons told in the above video:

Action News meteorologist Karen Rogers learned even though she is someone who likes to make a plan, sometimes you have to throw that plan out the window, and live in the moment. Karen also learned to teach her kids that happiness is sometimes something you have to work for.

Anchor Matt O'Donnell learned the best thing to do for someone else is to simply listen to them. Just listen. Matt also learned rather than trying to figure out what's going to happen next, it's best to adapt and be resilient.

Meteorologist David Murphy learned to not take for granted the freedom we have to move about and go where we want.

Anchor Tamala Edwards learned to be thankful for the little things. Tam also learned to try to remember to smile and keep a sense of humor.

Traffic reporter Matt Pellman learned that stockpiling cleaning supplies (as his mother has done for many decades) may not be a bad idea after all. He also learned how to just sit and be quiet.

We also asked you, the Action News viewer, to share with us what you learned in 2020.

Here is what you had to say:

Many have made fundamental changes to their everyday lives, and with that in mind, Action News asked viewers, 'What did you learn in 2020?'