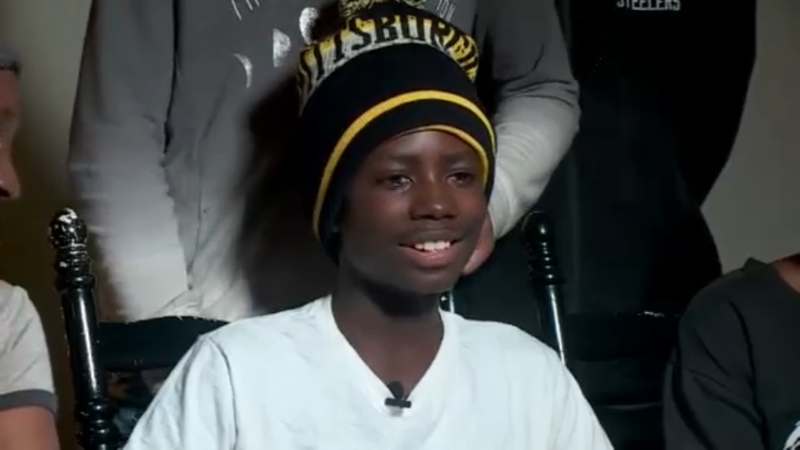 OKLAHOMA CITY -- The Christmas spirit was on full display in Oklahoma City last week after a mother's initial panic turned into a heartwarming story.

Sophia Reed and her family had just moved into their new apartment, which forced her to cut back on money to spend for Christmas.

"What little Christmas money we had...and you know to pay my security deposit to move here," Reed told KFOR.

Last week, a moment of panic came for Reed and her family. She couldn't find her 13-year-old son, Darius, and thought he had disappeared.

Little did she know, her children had a plan to surprise her.

When Darius returned home, he found officers waiting. He told them he was out collecting cans to raise money to buy his mom a gift.

"I just wanted to do something for my mama," he said.

Darius' story touched the hearts of officers with the Oklahoma City Police Department. They brought numerous gifts to the Reed home.

"There was so many knocks on my door, everybody just was knocking and every time I opened my door it was the police, the police," Reed said.

But the surprise didn't stop there.

The officers raised $800 and brought Christmas gifts and house-warming gifts for the Reed family.

"They caught us at the right time, you guys, and we are so blessed and grateful," Reed added.