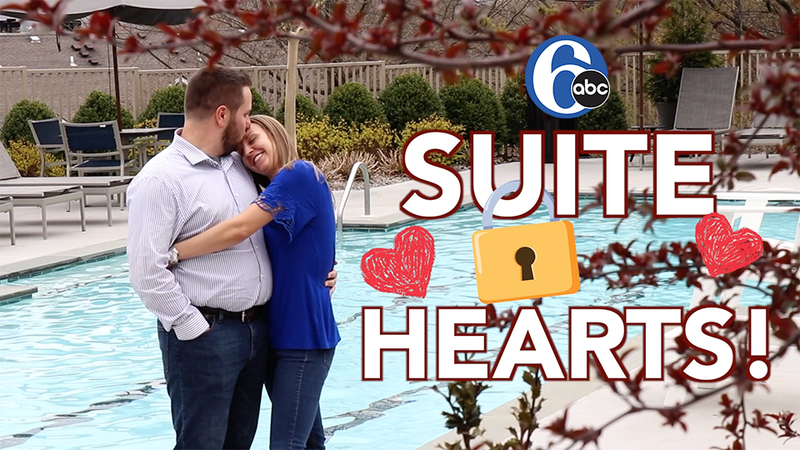 MALVERN, Pa. (WPVI) -- What started as a joke became a symbolic gesture when a couple asked their leasing agent to marry them.

Alex Miller and Nick Anshant met years ago playing spin the bottle, and next month, they're getting married.

In between those two important kisses was a lot of long distance.

Nick moved to Florida to work, while Alex stayed home in Pennsylvania.

Their relationship became serious when Nick left Florida to move in with Alex back at home. They found their new life at AVE, a resident community in Malvern.

Diane Miller, unrelated to Alex, became their leasing agent. The couple saw Diane not only as a friend, but also as a representation of their turbulent long-distant relationship coming back together.