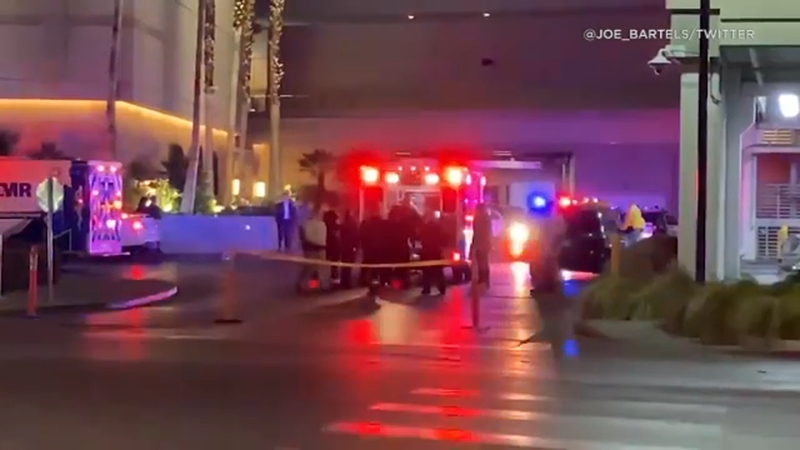 LAS VEGAS -- Two people were wounded in a shooting at a popular mall on the Las Vegas Strip Tuesday night, police say.

Officials report two victims have non-life-threatening injuries after the shooting at the Fashion Show Mall on Las Vegas Boulevard.

The mall is on the Strip next to Treasure Island.

Police say preliminary indications are that a group of teens got into a fight and guns were drawn, leading to a shooting. The victims were part of the groups that were fighting and were not shoppers or bystanders, police say.

Officials are still searching for the suspects.

The LVMPD is investigating a shooting that occurred at the Fashion Show Mall and two persons are reported injured. Officers are on scene and clearing the area. Preliminary information indicates the suspects fled after the shooting before police arrived. pic.twitter.com/PyGUeBIRw2