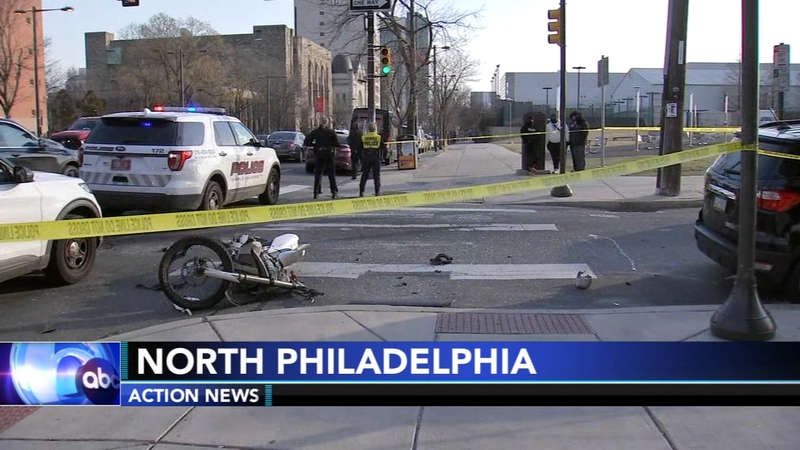 A silver Jeep was northbound on Broad Street, making a left turn onto Norris Street when it made contact with the dirt bike rider.

The driver of the Jeep remained on the scene.

The 30-year-old man on the dirt bike was taken to Temple University Hospital, where he was later pronounced dead.

There is no word of any arrests made at this time.