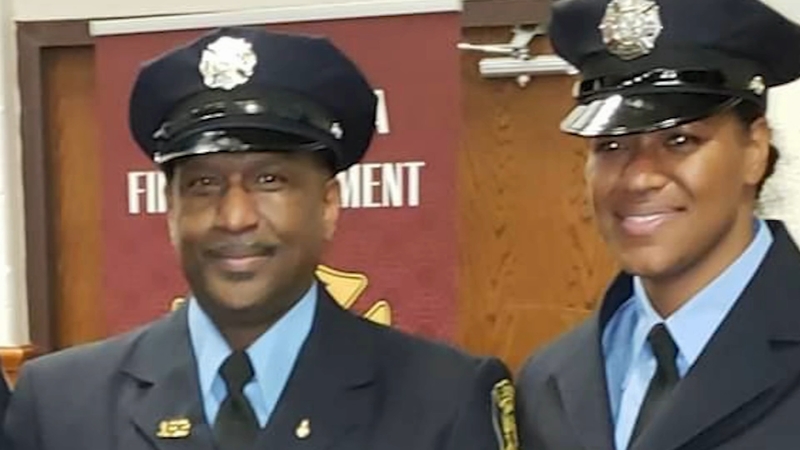 MANTUA (WPVI) -- Engine 44 in West Philadelphia is nicknamed "The Pride of Mantua." No one is more proud to work there than Daynese Stowe. She's been waiting a lifetime to show her dad where she works.

"Every time I encounter a new firefighter, captain, chief, they tell me how much of a legend my father is," Stowe said.

Her father, Jeffery Stowe, is now stationed in Gray's Ferry, but at one point, he worked at Engine 44 too. He celebrated 30 years as a firefighter last month. On the same day, his daughter graduated from the academy.

"I think I learned more from her than she ever learned from me," he said.

They are the first African-American father daughter firefighting pair in the city's history. Daynese says she's thrilled with her first assignment.

"I'm in my neighborhood I grew up in. I played basketball two doors down at the rec center," she said.

The "Pride of Mantua" is a title given to a truck, but it may just belong to the family who shares so much of its history.