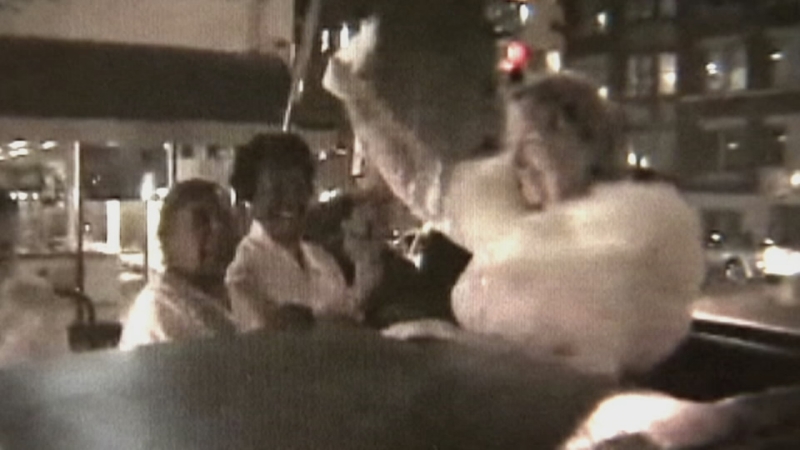 In 2009, Sarah Bloomquist reported on a power struggle surrounding the International Peace Movement and Father and Mother Divine.

Many of our viewers have heard of the International Peace Movement and Father Divine, but few know the whole story. Now, we add a new chapter: the story of a man who claims he is the chosen successor destined to breathe new life into father divine's mission.

For half a century, a million dollar Main Line mansion called Woodmont has housed the headquarters of the International Peace Movement, a religious sect that once attracted a million members worldwide.
Still today, they worship one man as God and call him Father Divine.
"He advocated peace and peace among the races. He really wanted an integrated, interracial society," said Jeffrey Ray, Senior Curator, Atwater Kent Museum of Philadelphia.

"Father Divine could really be seen as one of the earliest cult leaders by definition in modern American history," said Rick Ross of The Ross Institute.
He died in 1965 at the age of 89 after marrying his second wife, a 21-year old white follower. Mother Divine still lives at Woodmont shielded from the public by an aging and dwindling congregation. But now, a California man who claims he is Father Divine's adopted son says he intends to seize the movement from Mother Divine.

"Now, I guess for the last 8 years, I have been compiling as much as I can for the veracity of this story to be able to go after her, if not in the courts, in the court of public opinion."
Tommy Garcia was raised by Father and Mother Divine at Woodmont when his mother joined the movement.
"Basically in 1962, within a week, I went from California, a simple, normal, somewhat family life, all of a sudden in one week to being the son of Father Divine."
Garcia says Father Divine's health was failing. He preached strict abstinence and had no children so he chose the mixed race child as his successor, but it was not to be. Garcia voluntarily left Woodmont when he was fifteen.
In Harlem during the Great Depression, Father Divine gave followers free food, employment and shelter. They gave him their income which he used to buy millions of dollars in property including Woodmont, and Philadelphia's Divine Lorraine and Divine Tracy Hotels, which recently sold for more than $10 million.

"In the case of Father Divine, he became a very wealthy man based on the labor and the contributions of the members of the group," Ross said.
But now, Mother Divine is aging, the peace movement membership is dwindling fast. Garcia says it is time for him to fulfill is destiny as the son of God.
"I would like to see the money come to me. I would like to see her fulfill Father Divine's prophecy and ideas and his foresight."
Historians who have studied the Peace Movement believe Garcia has an uphill battle. At the moment, he is trying to get government officials to investigate how the peace movement's money is being managed. For at least six months, we have requested interviews with Mother Divine or any follower. We visited Woodmont twice. We were turned away and all our requests denied.