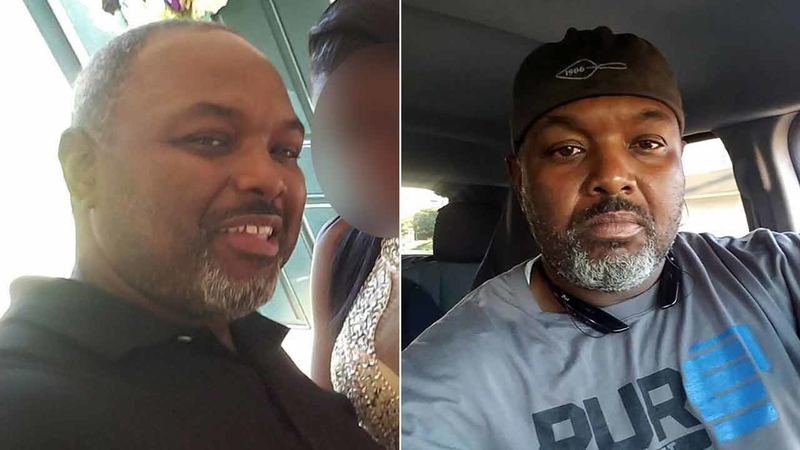 VIDEO: Father of 2 killed in hit-and-run

CHESTER, Pa. (WPVI) -- Police are searching for the driver of vehicle that struck and killed a man on a ramp to I-95 in Chester, Delaware County.

The victim is identified as 46-year-old Ronald Jahmail Williams of Chester.

Williams' family is devastated. They gathered Saturday night and they have a message for the person responsible for his death.

"You have to live with this knowing that you ran a father, a brother, an uncle, a nephew," said Ronald's uncle, Reverend Calvin Williams. "You just ran him over and kept on going. So, we just ask you to do what's right in the sight of God and turn yourself in."

"Whatever family functions we would have he would be there. He would always enjoy life. He always had a smile you know," Rev. Williams said.

Family members say Williams - known as "Peabody" - was on his way home from his bartending job when it happened.

Pennsylvania State Police say Williams stopped his vehicle for an unknown reason on the Highland Avenue ramp getting onto I-95 southbound in Chester shortly before 3am.

He then got out of his vehicle, and that's when police say a car hit him and kept going, fleeing south on I-95.

Williams was pronounced dead on the scene by the Delaware County Medical Examiner.

Police say the striking vehicle is a newer model black Volkswagen, with front-end and windshield damage.

Friends gathered outside the American Legion, where he was a member and bartender.

"Come forward. Speak up. Because you would want somebody to do it for your family member," said Cecilia Kennedy of Wilmington.

Williams also worked as a bartender at Boots and Bonnets, where regulars knew him well.

"Everybody is hanging out for him. Everywhere you go people are drinking for him. There's a couple people having stuff at their house for him. It's sad," said Tausha Clark of Chester.

Many people we talked to have described him as a hardworking father with a larger than life personality.

Anyone with information about this hit and run is asked to call Pennsylvania State Police at 484-840-1000.